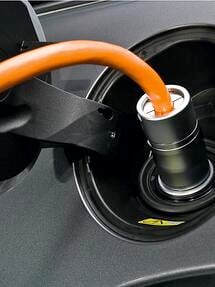 To wrap up the year, we are taking a look at the top advanced energy stories for 2013. Be sure to check in on Monday, when we will publish Part Two! [Here it is!] Did we miss one of your favorite stories? Let us know in the comments.

We began 2013 with the Tesla Model S being named Motor Trend Car of the Year. Then the Model S scored 99 out of 100 on its Consumer Reports Road Test and broke the safety test machine that was supposed to crush the car’s cab. The future continues to be bright for Tesla Motors and advanced vehicles as a whole: airless tires promised to increase vehicle efficiency, mass-market hydrogen fuel-cell vehicles were announced, as well as dual-fuel natural gas vehicles like the Chevy Impala and Ford F-150.

Overall, the advanced vehicle market is still relatively small, and the electric vehicle (EV) market is an even smaller portion of that (current estimates for EV market share stand at 0.6% of total U.S. sales). That said, the EV market share is growing faster than the hybrid market share did at its inception, and with 17 EV models on the market, consumers are getting real choice.

This year hasn’t been all rosy for advanced vehicles. Fisker Automotive filed for bankruptcy. Tesla CEO Elon Musk had a widely publicized spat with New York Times reporter John Broder after the writer’s Tesla test drive ended with a ride in a tow truck. The media reported widely on Tesla Model S fires, which were caused by outside forces. And Tesla got into state-by-state battles with local auto dealers over its direct-to-consumer sales strategy. But consumer confidence – and loyalty – has grown. A fleet of Tesla vehicle owners recreated Broder’s D.C.-to-Hartford road trip successfully. Tesla owners whose cars caught fire declared they wanted new Teslas, and the Consumer Reports satisfaction rating for the Model S came in at 99 out of 100. As range anxiety goes down, there’s nowhere for the EV market to go but up. 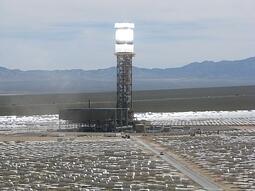 2013 was a very good year for the U.S. solar industry, which installed 930 megawatts (MW) in the third quarter alone. The Solar Energy Industries Association (SEIA) predicts that, once Q4 numbers are finalized, 2013 will represent 27% growth over 2012 – a banner year in and of itself, when the U.S. solar market grew by 76%.

Both the utility-scale and residential markets showed incredible growth in 2013. Huge projects like Ivanpah and Solana came online in the sunny desert Southwest. In smaller-scale solar, innovative financing models such as shared solar and third-party financing are gaining popularity, which help take the pressure off consumers to pay the entire upfront cost for a solar system.

Meanwhile, solar hardware prices have fallen to low but now stable levels. As a result, the solar industry’s recovery and rebound is “beating” the dot-com recovery of the early 21st century.

Overall, U.S. solar installations have surpassed the 10 gigawatt mark. Back in May we predicted that we were on the cusp of a major solar boom. It looks like that’s underway heading into 2014.

California is well known as a leader in the advanced energy industry. As AEE’s CEO Graham Richard noted at Pathway to 2050, AEE’s signature event held in Sacramento, “We can’t wait for Washington to provide the answers. California must lead the way.”

California’s been leading the way for years, and 2013 is no different. The state has taken the lead on renewable energy for power generation, on energy efficiency, on carbon emissions, on new fuels for transportation, and on retrofits of public buildings.  Since the November 2012 passage of Proposition 39, which will raise an estimated $550 million a year over the next five years to underwrite energy efficiency and advanced energy projects in schools, AEE has been working closely with our California Business Council to provide the California Energy Commission with substantive feedback on the Prop 39 program guidelines and implementation process.  We further expanded on the opportunity provided by Prop 39 in June in the white paper “Expanding Energy Savings Through Leverage.”

Finally, in October CPUC passed a statewide mandate that will require California’s big utilities (PG&E, Southern California Edison, and San Diego Gas & Electric) to invest in energy storage—1.3 GW of storage by 2020. Large-scale storage of this kind has never been implemented before, opening up another opportunity for California to lead the world. 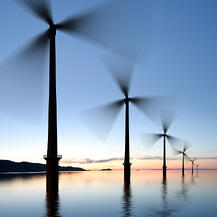 As Great Britain’s London Array Wind Farm, the largest offshore wind farm in the world, began producing electricity this year, American offshore wind projects, some of which have been in the works for a decade, have finally begun to see some movement.

This year, the U.S. Department of the Interior began auctioning offshore wind-energy rights in federal waters. The first auction, held in late July, raised $3.8 million from awarding leases in the Department’s designated “offshore wind areas” near Massachusetts and Rhode Island, and the second auction raised $1.6 million for land off the coast of Virginia. A third auction was announced at the end of December.

Cape Wind, a project that began over a decade ago in Massachusetts, has seen significant movement this year. In June, the project secured $200 million from a Danish fund, which was one of the first in a series of hurdles the project had to clear this year. NPR asked in June, “Can An Old Massachusetts Fishing Port Light The World Again?” It seems so, as work on Cape Wind has finally begun: Siemens is producing critical components before the end of the year, bolstering predictions that the project will be eligible for expiring federal tax breaks by having “commenced construction” before end of the year. 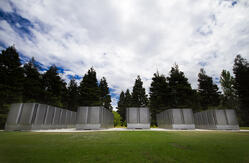 In 2013 we saw announcements that newly constructed data centers are being powered by advanced energy. Google made it clear back in April that it was looking to buy clean power for its data centers, and asked utilities to offer such buying programs to large companies. In November, it appeared that Google and Duke Energy would partner to do just that.

Google also announced in September that it would be purchasing 240MW of wind power from a wind farm in Amarillo, TX. The energy will power Google’s Mayes County, OK, data center.

Facebook announced in November that it would build a data center in Iowa powered by wind energy. “When we settled on Altoona as the location for our fourth data center, one of the deciding factors was the opportunity to help develop a new wind project in the state,” Vincent Van Son, Facebook’s data center energy manager said.

In June, AEE member company Verizon announced plans to purchase 10 fuel cells from Bloom Energy, another AEE member company. The 200 kW cells will deliver a total of 16 million kilowatt-hours of electricity per year. The fuel cells will be housed at two call-switching centers in Los Angeles and San Francisco along with a data center in San Jose.