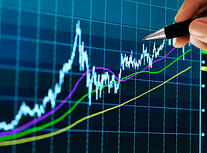 But that’s not all. Bloomberg reported that development banks lent a record-breaking $108.9 billion worldwide to renewable energy and efficiency technologies last year. Over the past five years, investment in such advanced energy technologies from state-backed lenders has risen 25 percent. All told, development banks have injected $424.8 billion into the advanced energy economy between 2007 and 2012.

Additionally, news broke this week of New York Gov. Andrew Cuomo’s plan to start a $1 billion “bank” to provide loans to energy projects that generate power without traditional fossil fuels. The so-called “green bank,” to be lodged at the New York State Energy Research and Development Authority (NYSERDA), would use money collected from utility bills that has been set aside for seed money for energy efficiency programs. This week Cuomo petitioned the state’s Public Service Commission to release $165 million. The new bank would package up the loans for sale in the secondary market, allowing pension funds and other institutions to invest and stretching the dollars collected from ratepayers, according to the petition.

“We will leverage public dollars to attract private sector investment into building a new clean energy economy that will help make our state greener and create jobs,” Cuomo said in a statement. The bank will use “limited state resources to drive investment into critical areas of the economy.”

AEE has an initiative specifically targeting innovative energy financing. To learn more about it or to get your company involved, click here.

So far this year, Q1 and Q2 have proven strong for the advanced energy economy. Bloomberg reported that investment in renewable technologies and energy efficiency had risen 22 percent in the first half of 2013 as compared to the same period in 2012.

In other news, the world of advanced vehicles has recently seen some exciting developments. A new breed of airless tires, the Hankook iFlex, which use interwoven geometric patterns instead of the traditional rubber tube, promise to increase fuel efficiency and never go flat. Who says there’s no need to reinvent the wheel?

Remember when we reported in August that Tesla was “crushing it” with their higher-than-predicted Q2 profits? Now they are crushing it literally, as the Model S broke the safety test machine. Not only was the Tesla Model S determined to be the vehicle with the lowest likelihood of passenger injury, but the car actually defeated the crushing machine. “Of note, during validation of Model S roof crush protection at an independent commercial facility, the testing machine failed at just above 4 g’s,” Tesla’s release stated. We may have a new slogan for Tesla: Crushing the competition, crushing the crusher.

For more news and information delivered to your inbox every week, click below to sign up for AEE's weekly newsletter.