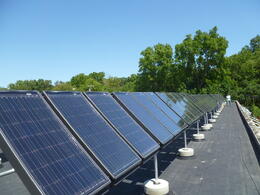 To wrap up the year, we are taking a look back at 2013. For the first five of our Top 10 Advanced Energy News Stories of 2013, see Part One. Did we miss one of your favorite stories? Let us know in comments.

As discussed regarding data centers (see story #5 in Part One), Google has invested in wind and other renewable energies. The company also invested heavily to develop a transmission system that will act as a “backbone” for offshore wind farms. “At Google, we believe investing in renewable energy makes business sense,” wrote Needham, in a guest column for New Jersey’s Star-Ledger.

Walmart, the largest retailer in America, agrees. The company has continued its investment in advanced energy in general and solar energy in particular: Investing in solar panels on stores and distribution centers has made it the top non-utility private company for solar installations. “Investing in renewable energy and energy conservation are good for business, good for communities and good for the environment,” said Walmart CEO Mike Duke. “When we use less energy, that’s less energy we have to buy, and that means less waste and more savings for our customers.”

Advanced energy just makes business sense. Ask utility holding company Xcel Energy, which submitted plans in October to buy not only wind but solar energy in Colorado, not due to any mandate, but because it costs less. “This is the first time that we’ve seen, purely on a price basis, that the solar projects made the cut – without considering carbon costs or the need to comply with a renewable energy standard – strictly on an economic basis,” David Eves, CEO of Public Service Co., Xcel’s Colorado subsidiary. 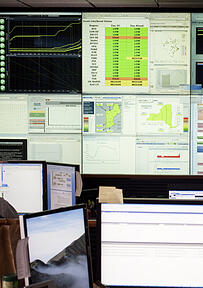 Although the U.S. did not see extreme weather on the scale of last year’s Hurricane Sandy, temperature extremes did strain the nation’s grid – and advanced energy came to the rescue. In July, a “heat dome” stretching from the Ohio Valley to the Eastern Seaboard pushed temperatures into the triple digits for days on end. The heat wave was good for business for ice cream, air conditioning, and demand response, noted public radio station WBUR in Boston, which paid a call to AEE member company EnerNOC in its report. In New York, amid projections of 99% of generating capacity needed, the state’s grid operator called upon its demand response program for energy savings equivalent to the output of two large power plants. Tom Rumsey, vice president of external affairs for the New York Independent System Operator, called the program “crucial” for keeping the lights on.

Challengers of advanced energy, rallied by the American Legislative Exchange Council (ALEC), tried to create a nationwide pattern of rollbacks on advanced energy policies like renewable portfolio standards (RPS). Back in May, we said that 2013 was the year of the RPS stress test. But advanced energy businesses and AEE’s partner organizations in key states proved, over and over again, that policies that support advanced energy are good for their state economies. 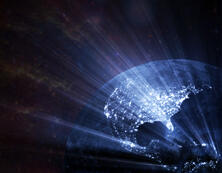 In May we reported that two high-profile efforts to roll back the RPS, in Kansas and North Carolina, had been defeated. At the same time, two states, Minnesota and Colorado, had approved substantial expansions of their renewable energy mandates. With the year half over, it was already clear that the real RPS story in 2013 was not rollback.

There was one effort still under way, however. In Ohio, the rollback effort continued on into the fall, when Ohio Sen. Bill Seitz (R-Cincinnati), chairman of the Senate Public Utilities committee (and an ALEC board member), introduced Senate Bill 58, a piece of legislation that would “gut” the Renewable Portfolio Standard as well as the Energy Efficiency Resource Standard, in the view of Ohio AEE President & CEO Ted Ford. Facing an onslaught of opposition led by AEE’s state partner, which organized a broad group of business stakeholders (including, most prominently, the Ohio Manufacturers’ Association), however, Seitz saw support for his proposal erode among his colleagues. He pulled back the bill in early December.

In July, by which time most state legislatures had ended their 2013 sessions, we reported that AEE and its partners had tallied 56 legislative successes – defending and expanding renewable energy requirements, increasing energy efficiency efforts, and advancing transportation alternatives – including passage of 49 new bills. With additional wins in the California legislature and the Ohio rollback turn-back, AEE’s State Coalition racked up 61 legislative victories for the year. 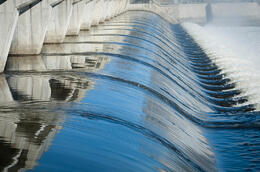 In a year where Congress wasn’t interested in passing much of anything, hydropower enjoyed bipartisan legislative support. Two hydropower bills were passed into law in August, both sponsored by Colorado representatives. Both allow for a streamlined regulatory process in developing hydroelectric power. One directs the Federal Energy Regulatory Commission to conduct a study on streamlining the process to install small hydropower projects, and the other streamlines the process surrounding Bureau of Reclamation properties. The Congressional Budget Office predicts that the laws will create revenue and save taxpayers money.

Hydropower was the cause of some contention as well. In June, Connecticut passed an update to its RPS. On the table in the update discussions would be bringing more hydropower from large established Canadian systems to the state. As Peter Rothstein of New England Clean Energy Council (NECEC), AEE’s regional partner, explained in a guest post, Canadian hydropower “would have skewed the market for long-term contracts and eaten up the market for RPS-generated Renewable Energy Credits for years to come.” Additionally, wind developers were ready to begin construction on new renewable energy projects in Connecticut, but only if the structure was there to support them. In response to this challenge, AEE partner NECEC mobilized to ensure that large hydro would not displace other qualified renewable energy sources.

Finally, the DOE announced in December that it would be providing $150 million in tax credits to build America’s clean energy manufacturing base. One of AEE’s members, Natel Energy, received $2 million in tax support for equipping a manufacturing facility on the former Alameda Naval Air Station in California. Natel Energy will produce 200 advanced hydropower turbines with capacity of roughly 90 MW.

As we noted in Part One, the solar market is expanding rapidly, for both utility and rooftop installations. The latter is starting to worry electric utilities, as distributed generation calls into question their traditional business model – and some of them are pushing back. Net metering, one of the policies used by states to maximize the benefits of on-site power generation for property owners, has come under particular fire. In essence, utilities argue that net-metering customers benefit from grid maintenance and utility backup, but do not pay their fair share for it.

Utilities have taken their case to Public Utility Commissions in several states this year. In June, Idaho’s PUC took up the issue, ultimately siding with net-metering customers and denying Idaho Power Company’s request to increase monthly service charges on net-metering customers, establish a load capacity charge, and have net-metering credits expire at the year’s end.

The biggest battle came in Arizona, where that state’s Corporation Commission heard a dispute between the state’s largest utility and residential solar customers. Arizona Public Service (APS) sought to shrink the financial benefits of net metering by increasing the monthly service charge six fold for consumers with solar panels or charging those consumers full price for the power they use and buy the surplus power back at lower rates. Ultimately, that issue ended in a compromise. Arizona net metering customers will pay a fee of $0.70 for each kilowatt of solar-system capacity, which, according to the Arizona Daily Star, is calculated to be about $5 for a typical 7 kW home system.

Some version of fixed grid access charges may take the pressure off net metering in other states as well. In California, the legislature weighed in on the issue, passing AB 327, which gives the California Public Utilities Commission authority to implement a fixed charge of up to $10 per customer for connection to the grid, but also removes the existing cap on net metering.