STATE: Déjà Vu in Kansas, as RPS Rollback is Rejected for Second Time 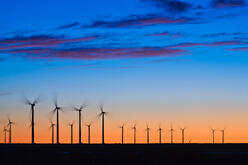 In Kansas, there was a replay of 2013 last week as an ALEC-sponsored bill to roll back the state’s renewable portfolio standard went down to defeat in the state legislature. RPS repeal bills around the country had a very poor showing last year – not a single one passed – as opponents of renewable energy had to confront the real jobs and economic impact the policies were having.

The bill passed the Kansas Senate, only to be defeated the following day in the House on a bipartisan vote of 44-77.

The repeal debate in Kansas followed the same themes we’ve heard in similar debates around the country, mainly: 1) renewable energy is too expensive and 2) mandates stifle the competitive marketplace.

Speaking in support of the legislation, Rep. Mark Rhodes testified that the RPS would drive 40% increases in customer rates. In fact, a 2012 pricing study showed that Kansas wind has some of the lowest prices of any electricity resource in the country. Natural gas generation has been priced at $45.63/MWh while utility owned wind has come in at $44.87. Contracted independent power purchase agreements have been as low as $35/MWh – 24% below natural gas.

(Opponents of the RPS added a new twist to the cost argument: Since the federal production tax credit had been allowed to expire at the end of 2013, any wind energy developed in the future would have to be more expensive. AEE is now working to get the PTC and other recently expired advanced energy tax credits revived and extended.)

The free-market advocates of the second argument find themselves in an unlikely position of defending the utility monopoly status quo in Kansas. In the House debate, Rep. Scott Schwab, a Republican who routinely denounces health care mandates, pointed out that consumers don’t get to choose their electricity they get, so the only way to get renewable energy is to mandate it.

“I don’t get a choice. I don’t have a free market,” Schwab said.

The truth is, wind has been good to Kansas, which now gets nearly 20 percent of its power from wind. In 2009, then-Gov. Parkinson welcomed Siemens, one of the world’s largest wind turbine manufacturers, to the state to establish a nacelle manufacturing facility to serve the North American market.  That investment in turn attracted the wire and cable manufacturer Draka to set up an assembly plant to serve the growing wind transmission market. In Kansas, wind is good business.

“I extremely, extremely believe that this is the future of Kansas’ economy,” said Rep. Steven Becker during the House debate. “Just like other states have the oil and other unique factors that drive their economies, we can have wind that drives ours.”

Nevertheless, the RPS battle in Kansas may not be over. There is another ALEC-supported bill on the docket, HB 2458, which would eliminate net metering. Introduced at the request of utility Kansas City Power and Light, the bill was part of a push that led distributed generation advocates to negotiate a compromise with the utilities allowing for a monthly true-up on net metering bills. But the bill is still in play, and there is concern that it could provide a vehicle for another run at the RPS. Stay tuned.