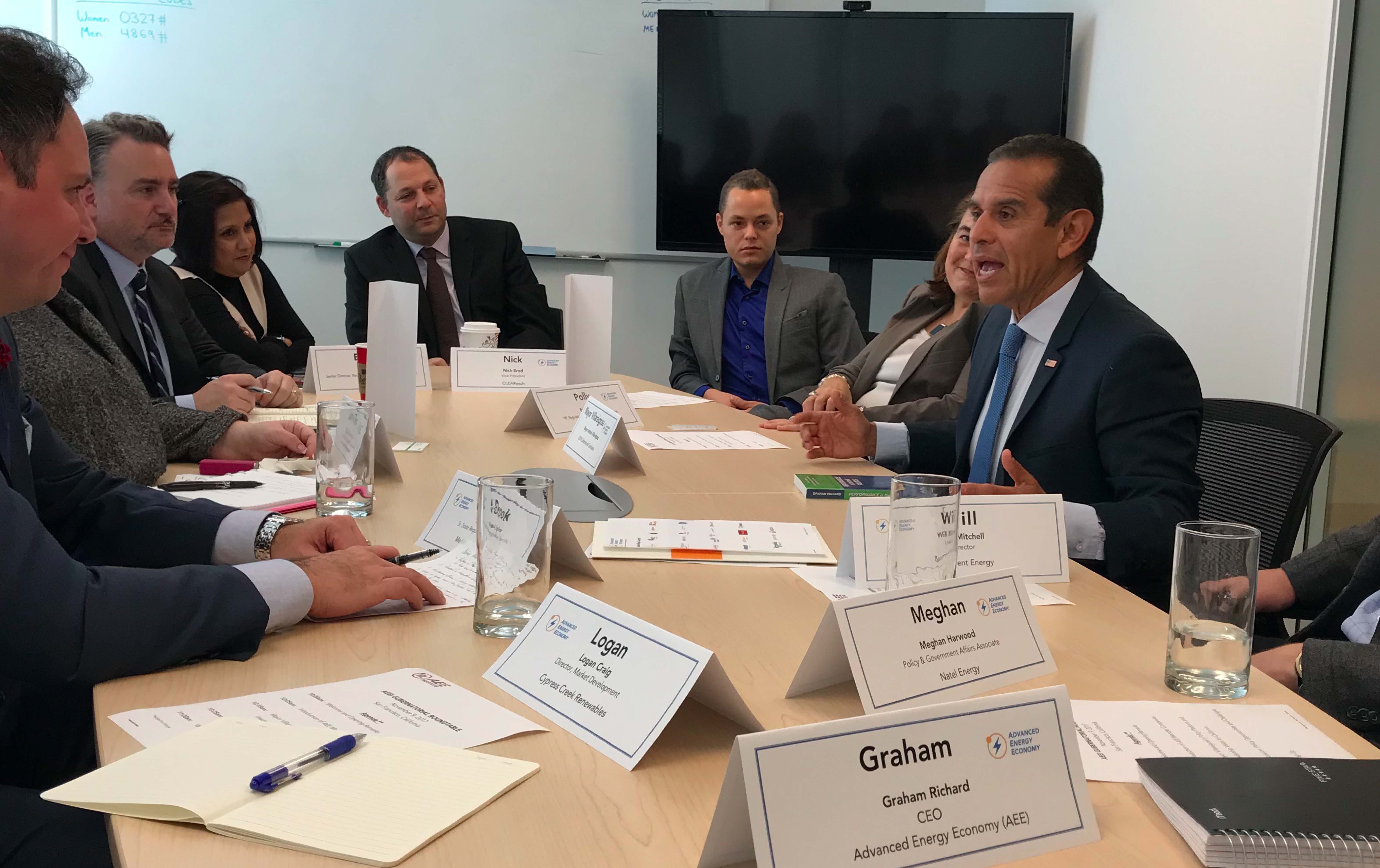 On Nov. 9, Advanced Energy Economy Institute hosted California gubernatorial hopeful Antonio Villaraigosa for an engaging roundtable with AEE member companies in San Francisco. Coming fresh off a speaking appearance at the Los Angeles Cleantech Incubator the day before, Villaraigosa was energized, and spoke about the opportunity and need to expand advanced energy business growth in all parts of the state.

The roundtable was the second in a series of meetings with all the leading candidates for governor over the next few months. Through these roundtables, we hope to learn more about each candidate's vision for the state, and we hope they will learn more about the advanced energy industry growing in California.
Villaraigosa reinforced his commitment to the state’s landmark climate and energy goals by highlighting milestones from his clean energy and sustainability legacy as former California Assembly Speaker and Mayor of Los Angeles. While sharing his vision for the state, Villaraigosa underscored the importance of prioritizing cost-effectiveness and clearly measurable benefits of energy regulation as state leaders pursue deeper greenhouse gas reductions.  The roundtable covered a host of other topics, including advanced transportation, reducing barriers to doing business in the state, and ensuring all California communities benefit from access to advanced energy.

In September, AEE members participated in the first California Gubernatorial Roundtable with Treasurer John Chiang. AEE Institute is scheduled to host Republican candidate John Cox in early December and will hold a couple more roundtables in early 2018 to complete the non-partisan speaker series with all the leading candidates.

AEE Institute plans similar efforts in other states where we are active, so stay tuned!