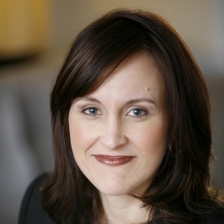 On November 6, Advanced Energy Economy hosted Heather Zichal, President Obama’s Deputy Assistant for Energy and Climate Change, at a breakfast for advanced energy business leaders, including AEE members. It was one of her final appearances as the President’s closest advisor on issues central to the advanced energy industry’s continued growth. In reflecting on her five years on the job, Zichal said the administration has accomplished more than was expected, but will need help from the advanced energy industry at the state and federal level to meet the challenges of the future.


Zichal said that no one expected the administration to make such significant gains in fuel efficiency standards for vehicles and more than double wind and solar generation in the first term. She also pointed to dramatic progress in areas such as appliance energy efficiency standards, opening up public lands for renewable energy projects, and supporting renewable fuels.


Outlining the challenges ahead, she said the recent boom in shale gas and oil has created a need for a larger conversation on how to balance those domestic energy sources with the need for continued development of new energy technologies. The federal government must also consider how it deals with fossil fuels more generally, both in terms of production on federal lands and on appropriate levels of R&D support from the Department of Energy.


But the biggest challenge, she said, would be EPA regulation of greenhouse gas emissions from power generation, as announced in the President’s Climate Plan. With proposed rules expected in June 2014 and final rules slated for release sometime in 2015, she said the administration will need a lot of support to keep the process on track, opening up opportunities for advanced energy.


She pointed to AEE’s state and regional partners as critical to the process on a state level, but cautioned that effective engagement cannot be limited to organizations and associations. It is critical, she said, for advanced energy businesses to “connect the dots,” and show that advanced energy not only helps reduce greenhouse gas emissions but provides economic benefits in jobs and growth.


She noted that the industry employs people in unexpected places and in districts with diverse political representation. Over 80 percent of wind projects are sited in Republican-held House districts, she said. In other words, “it’s not all about California,” she said; the voice of advanced energy needs to be heard in all regions. She added that simply saying that energy is clean isn’t enough – businesses must illustrate the industry’s broad economic impacts, how they affect communities now, and how they will continue to provide greater opportunities in the future.

Two days after the AEE breakfast, the President named Dan Utech to replace Zichal as his Deputy Assistant for Energy and Climate Change. Utech currently serves as the Deputy Director of the Office of Environment and Climate Change at the White House Domestic Policy Council. He previously served on the Senate Environment and Public Works Committee and as an advisor to Hillary Clinton when she was in the Senate.

Advanced energy is big business - with big benefits. Download the report from AEE on the scope of this $1.1 trillion industry.