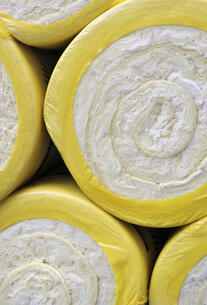 When we talk about energy efficiency, generally we think of efficient lighting, appliances, HVAC systems, insulation, etc. While advanced energy encompasses these demand side measures, it also includes innovations in energy generation, management, and delivery. There is mounting evidence that the massive amount of energy that is wasted, before it reaches the end user as well as after, is a drag on the economy – and the potential for boosting economic productivity by reducing that waste is enormous.

A recent report by Skip Laitner of American Council for an Energy-Efficient Economy (ACEEE) evaluates this full spectrum of energy efficiency as a measure of effective delivery of work from energy. The ACEEE report breaks out energy into two categories: exergy – energy that is turned into productive work; and anergy – energy that is not used in the production of work. It turns out that the true US level of energy productivity, or “exergy,” is 14 percent. Put another way, 86 percent of the energy contained in the fuel we use to create energy is lost, while only 14 percent is put to work.

Many are familiar with the often-cited inefficiencies of the electricity generation system: two-thirds of the energy content of the fuels used in generating plants is lost as waste (primarily heat, but also through transmission losses), and only one-third is transformed into delivered energy. (The internal combustion engines of conventional cars are even worse, with only 14 to 26 percent of the energy content of gasoline used to power the car.) Then, the appliances, motors, and air conditioners that run on the electricity generated are also largely inefficient.

Capturing that opportunity could also do wonders for the still-struggling U.S. economy. The report finds a strong correlation between rates of improvement in exergy efficiency and the nation’s gross domestic product (GDP).

The thesis of the report is that energy productivity is directly correlated to economic productivity. So much of our economy is dependent upon energy, an increase in exergy will have a direct impact on our GDP. The author postulates that had exergy efficiency grown at the historic (1950-1980) rate of 1.45 percent per year rather than the more recent (1980-2010) rate of .41 percent, our economy would have reflected that increased productivity – on the order of $2.3 trillion more in GDP in 2010.

Looked at that way, the $1.2 Trillion global market for advanced energy products identified in “Economic Impacts of Advanced Energy” may be lowballing it. That just measures current advanced energy revenue, whereas the potential for reducing the 80+ percent of energy now wasted and capturing the additional energy productivity as an economic engine is many times greater.

Concludes Laitner: “The evidence underscores one very critical idea — the U.S. economy will be better off by ‘Thinking Big’ about energy productivity.”