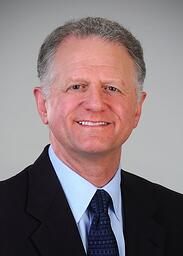 Leaders in state houses across the country are making progress toward secure, clean, affordable energy -- what we call "advanced energy." Laws, regulations, and policies are promoting energy innovation, investment in new technologies, and increased consumer choice. The movement is not linear, but the trajectory is clear: Advanced energy is on the rise.

Advanced Energy Economy and its 13 state and regional partner organizations logged 60 legislative victories in nine states across the country in 2013. These include 53 new laws that moved states toward better energy options. At the same time, seven proposals to undermine advanced energy progress went down to defeat.

California recently began implementation of Proposition 39, the 2012 initiative that will provide $500 million per year for five years to pay for energy upgrades of schools and other public buildings. Legislators set aside $28 million of first-year revenue for a revolving loan fund, to stretch dollars further. They also passed a law to extend incentives for the purchase of fuel-efficient vehicles and to develop up to 100 hydrogen fueling stations in the state. Golden State lawmakers also made it possible for renters to buy solar and other renewable energy through a voluntary "green tariff."

In other state progress, Maryland Gov. Martin O'Malley succeeded in adding an offshore wind carve-out to the state's renewable portfolio standard in order to facilitate offshore wind development. The New Mexico legislature expanded energy efficiency by switching to a cost-effectiveness test that gives consumers more measures that can save them money. Arkansas legislators passed both performance contracting for public building energy improvements and PACE legislation that allows owners of commercial buildings to pay off energy upgrades on their property tax bills.

Just as important was the successful defense of the Renewable Portfolio Standard in multiple states where it was under attack. Kansas, for example, gets 11 percent of its electricity from wind and hosts the Siemens U.S. nacelle manufacturing headquarters. Its governor, Sam Brownback, led a charge that stopped a legislative effort to repeal the state's RPS. In North Carolina, RPS-rollback bills stalled in both the House and Senate. Credit goes to AEE's partner, the North Carolina Sustainable Energy Association, for rallying the solar industry there, and to farmers who benefit from RPS support of generating energy from organic waste.

In fact, not a single attempt to reverse any state's RPS succeeded last year. Rather, the RPS market is now larger overall as a result of legislative action in 2013. That's because three states increased their renewable energy requirements in size or applicability.

Nevada not only increased its RPS from 20 percent to 25 percent, but lawmakers required an additional 350 megawatts of wind power and 550 megawatts of natural gas generation to take the place of coal-fired power plants forced to retire. The Minnesota legislature made changes to its RPS that will boost solar power in the state from 13 megawatts today to 450 megawatts by 2020. Colorado had a banner year, with eight new pieces of legislation adding to that state's record of advanced energy leadership. Lawmakers pre-empted a constitutional challenge to the state's RPS from the Energy & Environment Legal Institute by repealing the "in-state multiplier." The legislature also doubled the RPS mandate on rural electric cooperatives from 10 percent by 2020 to 20 percent.

Despite the failures of every significant RPS challenge in 2013, the pressure on state renewable energy requirements is likely to continue this year. It may come in the form of proposals to make purchase of renewable energy voluntary, wiping out the market certainty needed for investment in renewable generation, rather than outright RPS repeal. These efforts to weaken RPS will have to contend with the continuing trend of lower cost in renewable energy. Wind, solar, and technologies like organic waste-to-energy offer increasing economic value, which is growing ever more attractive to state leaders and regulators.

The need to fight attacks will not slow down the governors, legislators and public utility commissioners who are driving development of an energy system for the 21st century.

In the coming year, pay special attention to a conversation that has already begun. Industry stake-holders are talking about new business models that will allow electric utilities to accommodate slower load growth due to increased efficiency, greater deployment of distributed generation, and the need for investments to make the power grid more resilient.

The 21st century energy system is coming. Leaders in the states are taking action to accelerate the transition.

How do you build the 21st Century Electricity System? We asked the CEOs who are making it happen. Click below to learn more.