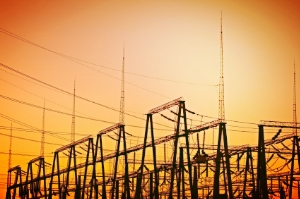 AEE member and industry giant General Electric scored a big win late last month as it purchased significant energy assets from Alstom, the French industrial conglomerate. We initially reported on the proposed $13.5 billion deal in May, noting that Siemens was also vying for an agreement with Alstom. The French government weighed in to slow down the deal, characterizing Alstom as a “national asset.”

At the end of the day, GE will acquire all of Alstom’s utility-scale natural gas turbine manufacturing and servicing properties, including a pre-existing customer base. GE and Alstom will also establish three 50-50 joint ventures for other advanced energy technologies: solar and wind technologies, electrical grid systems, and steam turbines.

The deal, valued at $13.5 billion, is not as elegant GE’s original proposal, which would have seen GE take control of all Alstom’s energy business. But GE CEO Jeffrey Immelt said that “86 percent of the synergies” between the two companies’ business lines are captured in the transaction.

As Bloomberg reports, both GE and Siemens were primarily after Alstom’s gas turbine business. Steve Bolze, head of GE’s power and water division, told analysts that developing markets are key to future energy scenarios. “You need to be present there,” Bolze said, “and over 25 percent of the new power in the world will be natural gas driven.”

Moving from General Electric to General Motors, GM announced plans this week to install three-acres of solar PV at two of the company’s Michigan facilities. The solar panels will be installed on canopies to provide shade in parking lots for GM employee cars. The projects will bring GM’s total solar generation capacity to more than 38 MW at 13 facilities worldwide.

This week Bloomberg published a close look at what the new EPA guidelines for carbon emissions from the power sector would mean for Georgia. The state would be expected to reduce emissions by 44 percent, which Stephen Smith, executive director of the Southern Alliance for Clean Energy, following Jonathan Swift, calls a “modest proposal.” With several solar and nuclear energy projects already in the works, said Smith, Georgia utilities “are already on the glide path” toward EPA’s Peach State target.

Gov. Nathan Deal largely agrees. “Utilities in Georgia have been very proactive and are probably already taking many of the steps that these new regulations may in fact require,” Deal wrote in an email to Bloomberg.

Still, scare mongering by opponents of the EPA rule, who claim that it will drive electricity prices through the roof, has been good for some advanced energy businesses.

“My phone is blowing up with new customers,” said Julian Smith, owner of SolarSmith LLC. “It turns out that if you tell everybody the amount they will spend on electricity will skyrocket, they will believe you.”

It’s not just solar and nuclear energy that will benefit customers and reduce emissions at the same time. A report from AEE details 40 different technologies that can do the trick.