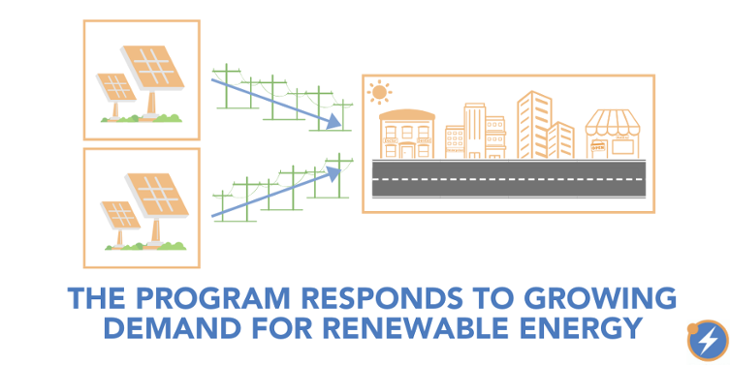 Florida, the Sunshine State, has always had good reason to develop solar power, but has still lagged behind other states. More recently, the case for Florida solar has strengthened even more. The price of solar has fallen by 36% in Florida over the last five years. This low-cost, fixed-price resource is particularly attractive to companies with commitments to renewable energy, including General Electric and Disney, while cities like Orlando, Sarasota, and Tallahassee that have established 100% renewable energy targets. Despite the economics of solar and commitments from companies and municipalities, Florida has not taken the lead on solar. The recent approval of a major solar program for customers of one utility will not do it all, but it’s a good start.

On March 3, the Florida Public Service Commission voted unanimously to approve a solar subscription program, called SolarTogether, by the state’s largest investor-owned utility, Florida Power & Light (FPL). This program, consisting of 20 74.5 megawatt (MW) solar projects, would total 1,490 MW of renewable electricity generation. Three quarters of the program’s capacity is reserved for enrollment by large commercial and industrial customers, while 25% is available for residential and small business customers. As part of a Settlement Agreement between intervenors, 10% of the program’s residential capacity, or 37.5 MW, will also be allocated to low-income customers with a lower charge for the electricity.

According to FPL, SolarTogether is projected to save customers $249 million overall. The program’s financial benefits are divided in such a way that 55% of its net benefits are allocated to subscribing customers (totaling $137 million) and the remaining 45% is allocated to all customers (totaling $112 million). In exchange for these long-term benefits, the general body of customers will contribute to the subscription credit in the early years of the program. The increase on average residential monthly electric bills is expected to peak at 47 cents in 2021, then decrease afterwards.

In December 2019, AEE released a report, prepared by global research firm Wood Mackenzie, which shows that the state could see 6,750 megawatts of cumulative renewable energy demand by businesses by 2030. If Florida manages to fulfill this demand with its own abundant solar resources, consumers and the state as a whole stand to reap economic benefits in the form of over $1 billion per year in investment and nearly 50,000 new jobs by the end of the decade.

SolarTogether moves Florida forward in terms of providing corporate renewable procurement options, but it is only the first of many steps that will be necessary to meet the state’s growing demand. While SolarTogether is impressive in size and offers customers savings due to the economics of solar, future phases of this program – and future programs in Florida – still have rooms for improvement.

Based on our work with states, renewable energy developers, and large energy users, AEE has developed a core set of principles that all states should use. You can read more about other best practices in renewable energy program design in our report, “Renewable Energy Offerings that Work for Companies.” The guide walks through six practical steps that states and utilities can take to meet large customer demand for renewable energy, and also outlines replicable best practices from states across the country, based on the experience of Advanced Energy Buyers Group members. SolarTogether met several of these metrics but could still be improved on in certain ways.

One element in particular that would improve future programs is competitive solicitation for projects. Competitive procurement benefits consumers by ensuring that the lowest cost project gets built. It also allows for a strong third-party solar market to develop in the state.

Another best practice is a transparent enrollment process, both in terms of soliciting prospective customer feedback prior to Commission approval and signing up customers for the approved program. Future tariff programs should enable a range of eligible customers to participate in reserving renewable energy capacity to power their operations.

AEE has also long supported well-designed tariff programs that protect non-participants of these programs. Both the Public Service Commission staff and the Florida Office of Public Counsel raised concerns during the approval process around potential negative impacts to non-participating customers, including undue risk or preference. However, many utilities and Commissions across the country have taken the necessary steps to avoid this pitfall; Florida can do the same.

Approval of the SolarTogether program was an important moment in Florida, as the state gained its first major program to meet significant customer demand to go solar. As utilities bring more solar subscription offerings – and we expect to see more proposals in the coming months – it is vital that these offerings improve program design. Doing so will ensure that the programs offered are win-wins for ratepayers, large customers, and the solar industry at large – and maximize the benefits of cheap renewable energy and associated economic development for the state.

Download AEE's Opportunities for Meeting Commercial and Industrial Demand for Renewable Energy in Florida report by clicking below.