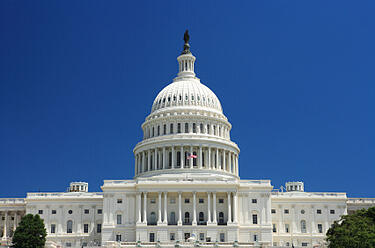 In the last couple of weeks, the U.S. Senate failed to advance two pieces of legislation the advanced energy industry has been waiting for: a bill to extend tax credits that expired at the close of last year (S.2260) and the energy efficiency bill (S. 2262) sponsored by Senators Jeanne Shaheen (D-NH) and Rob Portman (R-OH). While the extenders bill is expected to return to the Senate Floor, the prospects for the Shaheen-Portman bill have grown dim for 2014.

Last Thursday, May 15, the extenders bill failed to obtain the 60 votes needed for cloture on the Senate floor with, 53 Senators voting in favor and 40 against. The vote was largely among party lines, though Sen. Mark Kirk (R-IL) voted with Democrats in favor and Senate Majority Leader Harry Reid (D-NV) voted “no” in order to be able to bring the bill back to the floor for reconsideration.

Sen. Chuck Grassley (R-IA), a strong supporter of the package, which includes extension of the production tax credit (PTC) for wind power, said that he voted against the measure due to a disagreement with Sen. Reid over whether amendments would be considered on the floor. Senate Finance Chairman Ron Wyden (D-OR) is expected to work with Finance Ranking Member Orrin Hatch (R-UT) on a list of tax-related amendments to be considered, though the timing remains unclear. The extenders package was approved with bipartisan support by the committee last month and includes a number of advanced energy provisions.

Three days prior to the extenders failure, the Senate also failed to obtain cloture on the Shaheen-Portman energy efficiency bill by a vote of 55-36.  Once again disagreement over amendments to be considered on the floor was the sticking point. While Sen. Reid had agreed to allow a separate vote on the Keystone XL pipeline, he rejected Republican requests for amendment votes on a handful of other issues, including EPA carbon emission standards, a carbon tax, and liquefied natural gas exports. As with tax extenders, Sen. Reid voted against the bill so that he could bring it back to the floor at a later date, but the amendments dispute may be difficult to overcome. This is unfortunate, as the Senate could have joined the House in passing legislation to move a number of energy efficiency programs forward.