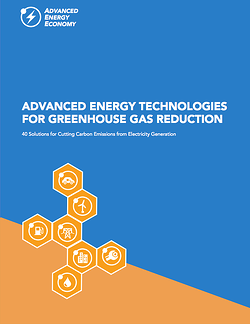 The Environmental Protection Agency (EPA) continues to develop its first greenhouse gas performance standards for new and existing power plants under the Clean Air Act. These new GHG standards could increase opportunities for both supply- and demand-side advanced energy technologies to the tune of hundreds of billions of dollars, depending on the ultimate regulatory design. This is the latest in a regular series of blog posts chronicling important news about these EPA regulations and their development.


EPA says the proposed carbon emission limits for existing power plants are on track for the originally planned release date of June 2. There was some confusion last month when EPA Deputy Administrator Bob Perciasepe told reporters that the rules could be delayed by as much as a month. According to Politico’s Morning Energy, EPA spokeswoman Liz Purchia clarified later that Perciasepe was mistaken and that “EPA is on track to meet the June 2 goal.” In his remarks, Perciasepe noted that, “The key point is we're going to be looking at ways to get beyond the fence line of electric generating facilities… so when you see our proposal in June, you will see a lot of different ideas in there about how we might go about doing that and building it into the system."

Today, AEE released a new report detailing 40 technologies to reduce carbon: "Advanced Energy Technologies for Greenhouse Gas Reduction." America’s electric power system can be modernized for higher performance by adopting advanced energy technologies that reduce carbon emissions and provide a variety of other economic and system benefits, according to the report.

The proposed rules were sent to the White House Office of Management and Budget (OMB) on March 31 for an interagency review. Morning Energy reported that OMB started taking meetings with industry stakeholders on April 9th. OMB has two months to review the proposal before the scheduled release date in June. The proposed rules carry an “economically significant” designation which will trigger a regulatory impact analysis (RIA) from OMB - a process that usually takes longer than a standard review such as the one conducted on the New Source Performance Standards. Jeff Holmstead, a former EPA air chief, commented that the speed with which the rules were sent to OMB suggests looser guidelines. “Because of the rush to get the proposal out the door, we may well see a number of proposed options rather than a true proposed rule,” he said.

The Bipartisan Policy Center (BPC) and National Association of Regulatory Utility Commissioners (NARUC) event took place in early April after being postponed for nearly a month due to weather. The event featured EPA Administrator Gina McCarthy and NARUC President Colette Honorable. McCarthy and Honorable gave the keynote address, and McCarthy took the opportunity to give insights into the upcoming carbon pollution rules. She emphasized that they would provide “extreme flexibility” for states, but went on to say, “That doesn’t mean it’s going to be so flexible that I’m not going to be able to rely on this as a federally-enforceable rule.”  She also noted the importance of the comment process in the U.S. regulatory process explaining that the rules will likely change significantly by the time they are finalized.

North Carolina’s Department of Environment and Natural Resources released a white paper outlining “principles” for 111(d) that amounted to a set of potential challenges. Among these are North Carolina’s contention that 111(d) prohibits “outside the fence” solutions.

The Pennsylvania Department of Environmental Protection submitted a white paper to EPA urging flexibility in the upcoming 111(d) guidelines for existing power plants. Most notably, the DEP specified that it did not believe EPA should include efficiency projects not associated with existing sources as they would constitute “emissions avoidance” rather than “emissions reduction” - a view that would disqualify end-user energy efficiency for state compliance plans. The state is also particularly concerned about the impact of carbon emission standards on Pennsylvania utilities operating in a competitive energy market.  The white paper urged the EPA to take into account the inherent differences between regulated and deregulated energy states. Additionally, Pennsylvania recommended that the EPA create emission targets, rather than specific pathways for compliance, as well as allow for regional compliance.

A new poll shows two thirds of Americans support strict limits on carbon emissions for existing coal plants, even if the standards caused electricity prices to rise. The Yale Project on Climate Change Communication and George Mason University found that 64 percent of Americans overall either strongly or somewhat support carbon emission limits. Independents were evenly divided on the issue with 80 percent of Democrats and 43 percent of Republicans polled supporting the measure.

Another poll shows a shift in public support over the last five years from state to federal approaches to climate change solutions. The results of the poll belie efforts in some states to repeal policies that promote advanced energy. Despite several failed attempts at comprehensive carbon legislation in Congress, the poll shows that leadership on the issue has shifted to the federal government.