Toward a New Power Platform: Lessons from Telecom 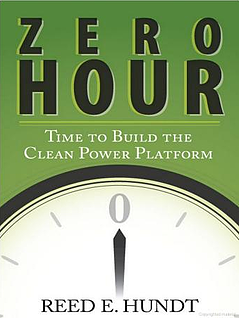 This is the first of five blog posts adapted from the upcoming book “Zero Hour: Time to Build the Clean Power Platform,” by Reed E. Hundt, former chairman of the Federal Communications Commission and Board Member of the Advanced Energy Economy Institute.

Modern life rests on two electromagnetic wave platforms: knowledge and power. The former comprises the mobile and Internet networks that have circumnavigated the globe and changed social and economic life, mostly for the better and absolutely forever, in just two decades. The latter consists of the electricity and transportation systems that produce the air pollutants which in the next two decades will destroy the global environment – unless the power platform changes as quickly and totally as the knowledge platform has done.

The power platform is where the knowledge platform was in 1993. From approximately that date, digitization, regulatory reform, and low cost capital changed the platform for all modes of information consumption in less than a decade. Emanating from the United States, digital mobile and Internet networks wrapped around the world, changing societies and economies in a few years. The hundreds of millions of dollars invested in the American move to the new knowledge platform meant that, in terms of the economy, everything supposed to go up (labor force participation, income, productivity) went up, and everything supposed to go down (unemployment, cost of capital) went down.

Now the power platform begs to be rebuilt quickly, producing cheap, clean, abundant energy instead of expensive, polluting, and inefficiently consumed power. As was the case in the 1990s, the move to a new power platform will result in full employment, reduced inequality in wealth and income, a rapidly declining deficit, and surpassing glory. Happily, technological solutions, legal reforms, and low cost capital now enable the public and private sectors jointly to build the power platform anew, with surprising swiftness.

To build the new power platform, America’s business and political leaders must move beyond the four principles that still support the old power platform: monopoly, regulation, stability, and the dominance of old technologies. The goal, as it was with the new knowledge platform, should be to delight the consumer. People want, and deserve, cheap, convenient, clean energy solutions to the questions of how to provide heat, light, air-conditioning, manufacturing, and transportation.

Twenty years ago, when the dominant communications service was the Bell system’s monopolized local voice business, that industry had the same assumptions of guaranteed revenue that characterize the electricity industry. Therefore, it had the same bias against change; the same premise that if a minority of customers moved to a different platform, then the majority would have to pay more for the old platform. But regulatory reform, first at the state level and then at the federal level under President Clinton, shattered the status quo. Technological solutions permitted wireless and Internet firms, armed with easy access to cheap capital, to disrupt the local monopolies. The new knowledge platform went from impossible to inevitable.

For the knowledge platform, the focus of concern for firms and government is now the demand side, instead of the supply side, as it still is for the power platform. For many years, customers have switched to mobile and data consumption, and fixed line revenues have been falling. One-third of U.S. households have abandoned traditional wireline telephone service totally in favor of wireless and the Internet. Almost everyone has a mobile device and more than two-thirds use the Internet. In response to changing demand, the old telephone companies, however, have changed as fast as or faster than the market. The former Bell companies have sold, merged, re-invested, and re-invented themselves. AT&T and Verizon now are the most important mobile firms in the United States. They dedicate their public policy lobbying not to seeking guaranteed profits on past investments, but instead they urged de-regulation so as to meet evolving demand as they think best.

The structure of the American power grid, which resembles the Bell network of more than two decades ago, contributes to the industry’s resistance to change. Power is generated and delivered in broad regional networks, the largest of which, PJM, spans 13 states and the District of Columbia. The utilities draw power from these networks. But local distribution of electricity is subject to state, as opposed to national, regulation of price and performance. As a result, potential rivals to utility-owned coal plants, such as solar and wind farms, must battle state by state to get access to end users.

To be sure, as far back as the Public Utilities Regulatory Policies Act (PURPA) of 1978, independent power producers have had certain rights to connect to these regional grids. The Energy Policy Act of 1992 gave power producers competing with utility-owned power additional opportunities to enter the market. The current boom in natural gas exploration and exploitation, as well as falling costs in solar and wind generation, could create a huge wave of independent power investment. But government must push much more aggressively to encourage investors to put money into new, cleaner generation facilities. If it did, it would find in the energy industry the same sort of leaders that AT&T and Verizon discovered when the need, and chance, to change came upon them.

In the past, government has often adopted tax and spending policies intended to bring new, affordable energy solutions to the market. Surely the most famous example was the Roosevelt Administration’s creation of the Tennessee Valley Authority in 1933. As a federal corporation, TVA enjoyed low-cost rates for its capital as well as benefitting from government spending, such as on nuclear power. Exactly as intended from its inception, TVA has translated these policies into low electricity prices: residents in its area pay about 20% less than the average American retail price.

Today, the United States should ask why government should not pay to replace the old, carbon platform with a new clean energy platform, just like TVA did in its region. Specifically, government could borrow the money to build the new platform, give the money to the utilities and investor-owned businesses that would do the work, and then get paid back over the years as customers paid for the cleaner, cheaper electricity. Government can borrow at the lowest rates of any institution. If energy companies enjoyed such a low cost of capital, and favorable tax policies, their consumers would not have to pay more for clean electricity solutions to the common problems of heating, lighting, and air-conditioning. Why then should politicians or businesses insist that clean electricity cost consumers more money?

The Recovery Act’s tax and spending policies in support of solar and wind investment led to a significant increase in renewable capacity. Benefitting from a combination of cash grants, tax credits, and interest-rate reducing guarantees, investors in clean energy projects were able to obtain power purchase agreements with electricity buyers at reasonable rates, while having a clear prospect of a reasonable profit. These deals demonstrated — if TVA, rural electric cooperatives, municipal electric companies and other forms of business had not done so amply enough — that lower cost of capital coupled with favorable tax policy can attract prodigious investment into energy projects.

For taxpayers to provide public goods at low prices to all consumers is hardly an unusual proposition. After all, government spending makes available to consumers at very low prices such services as education, highway transportation, police and fire protection, border control, retirement pensions, and health care for the aged and poor. It uses spending and tax policies to lower the price of home ownership, gas and oil,airline travel, sports arenas, milk, and corn. Why not ask government to buy the old energy assets at current value and pay for the new clean energy facilities? This action would not be meaningfully different than the exercise of eminent domain over real estate in order to build roads or other public structures. But let us put the possibility of such bold action aside. Even fairly modest government tax and spending policies, including low-cost financing support, can launch an ineluctable shift of the economy to the new, cheap, clean power platform.

Everything that should happen to the energy sector in the United States will happen – if only political and business leaders accelerate existing trends. To obtain consistent support from politicians and regulators for the move from carbon to clean, consumers, who include all voters in their ranks, should pay less for clean energy solutions than they would otherwise pay for power from the old platform. Falling technology and installation costs, sound tax policy, and green bank financing can assure that result, even as more coal-fired generation is turned off and more renewables are put in the place of the old, dangerous fuels of the past. By making people better off in their pocket books, the change to the new platform can be remarkably sudden and easy.

Coming next week: Why We Can Move Quickly to the New Power Platform