NEWS: ‘Feeling Groovy’ about EVs and an Eclipse ‘I Told You So’

In the United States and around the world, transportation is advancing, from major technological innovations to major changes in infrastructure, but news coverage of the electrification of America’s automobiles has largely been limited to luxury electric cars. In this week’s news, some changes: VW proves electric microbuses aren’t just a public relations ploy, Audi goes solar, and DHL and Ford provide electric delivery vehicles. We’ll discuss all that, plus an after-action report on the solar eclipse, in this week’s post. Read on!

END_OF_DOCUMENT_TOKEN_TO_BE_REPLACED

NEWS: On Solar Eclipse and the Grid, Nothing to Fear but Fear Itself

On Monday, North America will get to see something spectacular: a full solar eclipse! A huge portion of the U.S. will be within the path of totality, able to experience the sun being reduced to a glowing ring with sunset falling on every horizon. Eclipses have long been seen as ill portents and bad omens, tied to deaths of kings and emperors. In ancient times, the sun’s temporary disappearance in broad daylight was a calamity brought upon by the gods themselves. But as we now rely on the sun for power generation, will the moon get in the way of our megawatts? Could Monday’s solar eclipse today be just as calamitous as the ancients foretold, bringing with it rolling blackouts, power outages, and huge price surges for power across the country?

END_OF_DOCUMENT_TOKEN_TO_BE_REPLACED

NEWS: In a Bout Between Advanced Energy Technologies, Who Wins? Everyone

Think of it as a championship prizefight between contenders for meeting peak power needs: In the red corner, at a size somewhere between a shipping container and an office building, but with a brain that’s hard to beat, it’s the GE Digital Gas Peaker Plant! In the blue corner, it’s battery storage, which bulks up by saving excess generation until it’s needed, then delivering power to the grid at breakneck speeds! Either way, advanced energy is the winner.

END_OF_DOCUMENT_TOKEN_TO_BE_REPLACED

The news this week was full of advanced vehicles, blockchain, and a little of both at the same time! Plus, America’s burgeoning offshore wind market could get a little back-up from some Tesla batteries. That’s right, it’s offshore wind + storage, all in this week’s advanced energy news round up.

END_OF_DOCUMENT_TOKEN_TO_BE_REPLACED 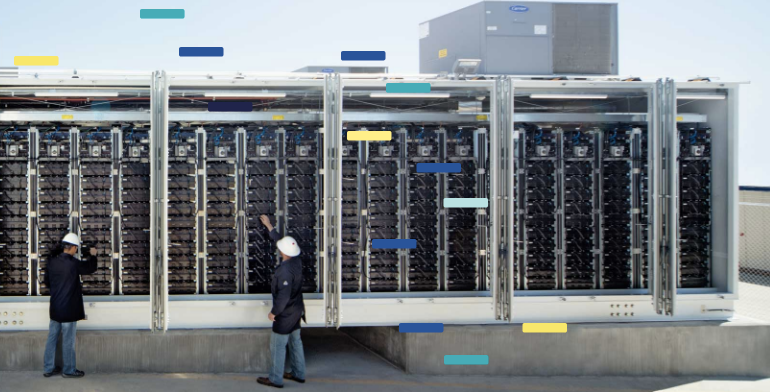 In this week’s news, utility scale storage is on the up-and-up, led by a new partnership between two AEE members, and Microsoft makes major deals for advanced energy. Both stories exemplify two trends we’re tracking this year: major corporations choosing advanced energy and the rapid growth of the storage market. Any way you slice it, advanced energy is on the rise!