STATE: Setback in Indiana, Danger in Ohio, But Gains in Colorado, South Carolina, and New Hampshire 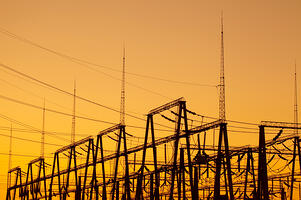 After a flurry of positive activity during the 2013 legislative session, 2014 has been more of a mixed bag to date. There have been some notable advances during this session around the country and a few very disturbing setbacks that threaten the progress of advanced energy in the heartland.

It may be expected that there would be some blowback after such an active and successful 2013 session. In Colorado, AEE partners Interwest Energy Alliance and the Colorado Cleantech Industries Association successfully defended against four different attacks on last year’s expansion of the renewable portfolio standard for cooperative utilities. In February, the generation and transmission company serving those co-op utilities, Tri-state, announced it was signing a PPA for 150 MW of wind power.

In Maryland, Gov. O’Malley protected wind investment in that state by vetoing legislation that would have had a chilling effect on wind development in Maryland and specifically derailed the 70 MW Great Bay Wind project. AEE was among the groups that urged the Governor to veto this legislation.

Indiana and Ohio are unfortunately taking steps backward. Indiana eliminated the requirement for investments in cost saving energy efficiency measures, though Gov. Pence has promised to come back with a modest replacement for Energizing Indiana.

In Ohio, the legislature has sent to Gov. Kasich’s desk legislation that would not only turn back the clock on cost saving efficiency measures, but also advanced energy investment in the state by freezing the state’s efficiency and renewable energy requirements. AEE’s partner, Ohio AEE, has been very active with a coalition of businesses, including the Ohio Manufacturer’s Association, in fighting the bill and promoting a compromise that industry could support. But the legislature chose not to consider this compromise and instead moved forward with an ill-advised and devastating blow to advanced energy investment in the state. Despite calls from Ohio AEE, OMA, and many other coalition members to veto this damaging measure, Gov. Kasich seems poised to sign the bill. A statement issued by his press secretary stated, “After a lot of hard work we’ve got a solid plan to examine the progress Ohio has made while also holding onto that progress.” Action will now shift to a study commission created by the legislation and charged with reviewing the state’s efficiency and renewable energy laws during the two-year freeze.

In Illinois, a two-year effort to fix the state’s RPS stalled once again when Exelon moved from opposition, to support, to neutral and then back to opposition on a negotiated solution, effectively dooming the legislation for the second year in a row. AEE’s Partner organization, the Clean Energy Trust, has been leading that effort and continues to work with member companies to find a solution to the problems created by a unique structure of REC allocations within the state.

But it all hasn’t been defense. In Colorado, legislation advanced by the Colorado Cleantech Industries Association to provide a tax credit for advanced energy angel investors opens the state for business investment and successfully expanded HOV lane capacity for alternative fueled vehicles.

In South Carolina, AEE partner organization the South Carolina Clean Energy Business Alliance (SCCEBA) was successful in securing passage of a bill (H. 3125) that includes provisions to establish a “Clean Energy Industry Manufacturing Market Development Advisory Commission.” The commission will consist of representatives of different segments of the industry and  be tasked with making policy recommendations on incentivizing clean energy manufacturing and operations within the state. Additionally, SCCEBA supported passage of a bill (S. 1189) that will establish a distributed energy resource (DER) program and allow for third party leasing in the state. Through the DER program, utilities are expected to accept binding 2% DER targets, which could lead to 300 MW of new renewable distributed generation. SCCEEBA continues to advocate for passage of a bill that would expand a clean energy manufacturing tax credit in the state (H. 3644/S. 525) and a bill to expand a solar tax credit (H. 3834).

In Massachusetts, AEE partner New England Clean Energy Council (NECEC) is leading the business voice toward a solution on net metering with pending legislation to lift the cap on net metered systems while opening a dialogue on rate design and net metering policies.

In Minnesota, legislation passed to expand the state’s procurement of natural gas and electric vehicles.

In California, an extension of the Self Generation Incentive Program (SGIP), which provides incentives for distributed generation systems, beyond 2015 is moving forward with two AEE-supported vehicles: AB 1624 and AB 1499.

Meanwhile, 2015 is shaping up to be a very active legislative session as states work toward meeting proposed federal rules regulating greenhouse gases for existing power plants and build upon the legislative gains of 2013.  Between now and then is an election that could prove critical for expanding the advanced energy markets in the country.