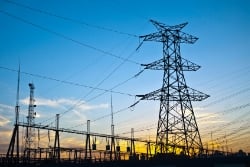 Renewable Portfolio Standards (RPS) have been tremendously successful in driving both renewable energy investment and deployment of renewable resources in the U.S.  Two-thirds of all non-hydro renewable capacity additions since 1998 – 46 gigawatts – have happened in states with RPS policies. Manufacturing facilities for wind power have cropped up across the country while utilities have seen the costs of renewable power plummet. Through this process, the Lawrence Berkeley National Laboratory (LBNL) has done numerous reports on RPS policies to help policymakers evaluate their effectiveness.

At the end of May, LBNL released another report on RPS that looked at costs and benefits.  The report is valuable for a number of reasons: RPS policies in states vary widely in the technologies included, methodologies for evaluating costs, and technology-specific set-asides that can skew the overall compliance costs. Furthermore, the implementation methods of RPS policies can have significant impacts on the cost of RPS policies. Sorting these all out provides a clear look at the performance of RPS overall and puts the variations in context.

LBNL looked specifically at the incremental cost of meeting the defined targets within the RPS over the generation that would be present absent the RPS. The findings showed that average incremental compliance cost was just under 1% of retail rates.  In deregulated markets, the range of compliance cost was 0.1% - 3.8% of retail rates ($2-$48/MWh) and in regulated markets, the range was -0.2% to 3.5% (-$4-$44/MWh). A negative cost represents a savings to the consumer.

On the benefits side, LBNL used six existing studies to help quantify the human health benefits (ranging from $4-$23/MWh) as well as the economic impacts of the RPS policies (ranging from $22-$30/MWh). Furthermore, the report examined wholesale market price reductions attributable to the renewable generation driven by RPS policies. These price suppression attributes of renewable generation were valued between $2-$50/MWh.

Taken cumulatively, the benefits range from $28-$103/MWh compared to costs ranging from a savings of $4/MWh to costs of $48/MWh. Clearly, RPS policies have not only spurred great investment in renewable technologies while diversifying the country’s generation resources, but they have yielded a net financial benefit as well.

In many states, it was the distributed generation or solar set-asides that were responsible for the bulk of the costs. Utility-scale resources are less expensive across the board, but the approach to management of distributed resource incentives can frontload the RPS costs. For example, in the early days of solar incentives, an emphasis was placed on an upfront cash ($/kW installed) incentive, such as a rebate on the purchase price. Many of those incentives have given way to a performance payment ($/kWh electricity produced), which pays out the incentive over an extended period of time, decreasing the immediate cost impact.

One of the most revealing points of the study was the wide range of RPS assessment models. A critical finding of the study was that a great deal of work could be done to standardize cost/benefit methodologies and incremental cost calculations.

AEE recently issued a report on 40 advanced energy technologies that reduce greenhouse gas emissions and represent a tremendous economic opportunity. Download the report by clicking below.