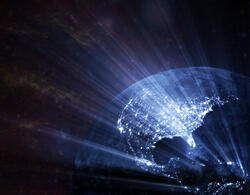 Last week, New York State launched a new “energy modernization” initiative, complete with a regulatory proceeding that could greatly expand opportunities for advanced energy companies. AEE has already contributed to that effort, by facilitating an Energy Industry Working Group that has outlined a path toward a 21st century electricity system in New York – the first time, to our knowledge, that a report proposing changes to utility business model and regulatory frameworks has been produced with the involvement and support of both advanced energy companies and a state’s major electric utilities, including Central Hudson, Consolidated Edison Co. of NY and Orange & Rockland Utilities, Iberdrola USA, National Grid USA, New York Power Authority, and PSEG Long Island.

Gov. Andrew Cuomo announced the initiative, called Reforming the Energy Vision, or REV, on April 24. “For more than 100 years, the generation and distribution of electricity in New York has been largely unchanged, but today we taking a giant step from the status quo and leading the way on energy modernization,” said Cuomo, in a press release. “By introducing and embracing information technology and clean energy solutions, millions of New Yorkers will benefit from a 21st Century power grid, enabling them to better manage and reduce their energy costs while protecting and preserving the environment.”

At the same time, the state’s Public Service Commission initiated a proceeding to put that vision into the regulatory structure governing the state’s electric utilities – and the way they get paid.

In a staff report and proposal accompanying the PSC order, distribution utilities would evolve from deliverers of centrally generated power into Distributed System Platform Providers (DSPP), charged with managing a complex network of electricity providers and users. With DSPPs providing coordination, increasingly distributed generating resources would be integrated with a variety of demand management resources, both provided by utility-related and non-utility businesses in a customer-focused marketplace.

The steps taken by New York’s political leaders are consistent with the conversation on utility business and regulatory models that has been taking place in the Empire State for some time, including our 21st Century Electricity System CEO Forum in New York City in November. At that session, utility executives, advanced energy business leaders, and regulators discussed the need to update the utility regulatory framework to allow business models to evolve that could capitalize on new technologies to meet changing energy needs.

The New York forum was one of the most focused and productive of the five held to date, hosted in collaboration with MIT’s Industrial Performance Center. That session led to an informal Energy Industry Working Group formed by AEE to hold more detailed discussions, with an eye toward setting clear goals and objectives for business model and regulatory change, with defined roles for both utility and non-utility companies, from a consumer, market, and regulatory perspective.

The product of those discussions, held over three months, is a landmark position paper, Creating a 21st Century Electricity System for New York State, written to “provide leadership and input to regulators, policymakers and other stakeholders” on potential changes needed to better align the utility regulatory framework with the state’s energy, environmental, and economic policy objectives and address the underlying technology and market forces shaping the “Utility of the Future.”

The working group defined three “pillars” that it considered to be foundations for a future electricity industry model:

Finally, the Working Group offered a set of “guiding principles” for changes to the regulatory approach in New York: