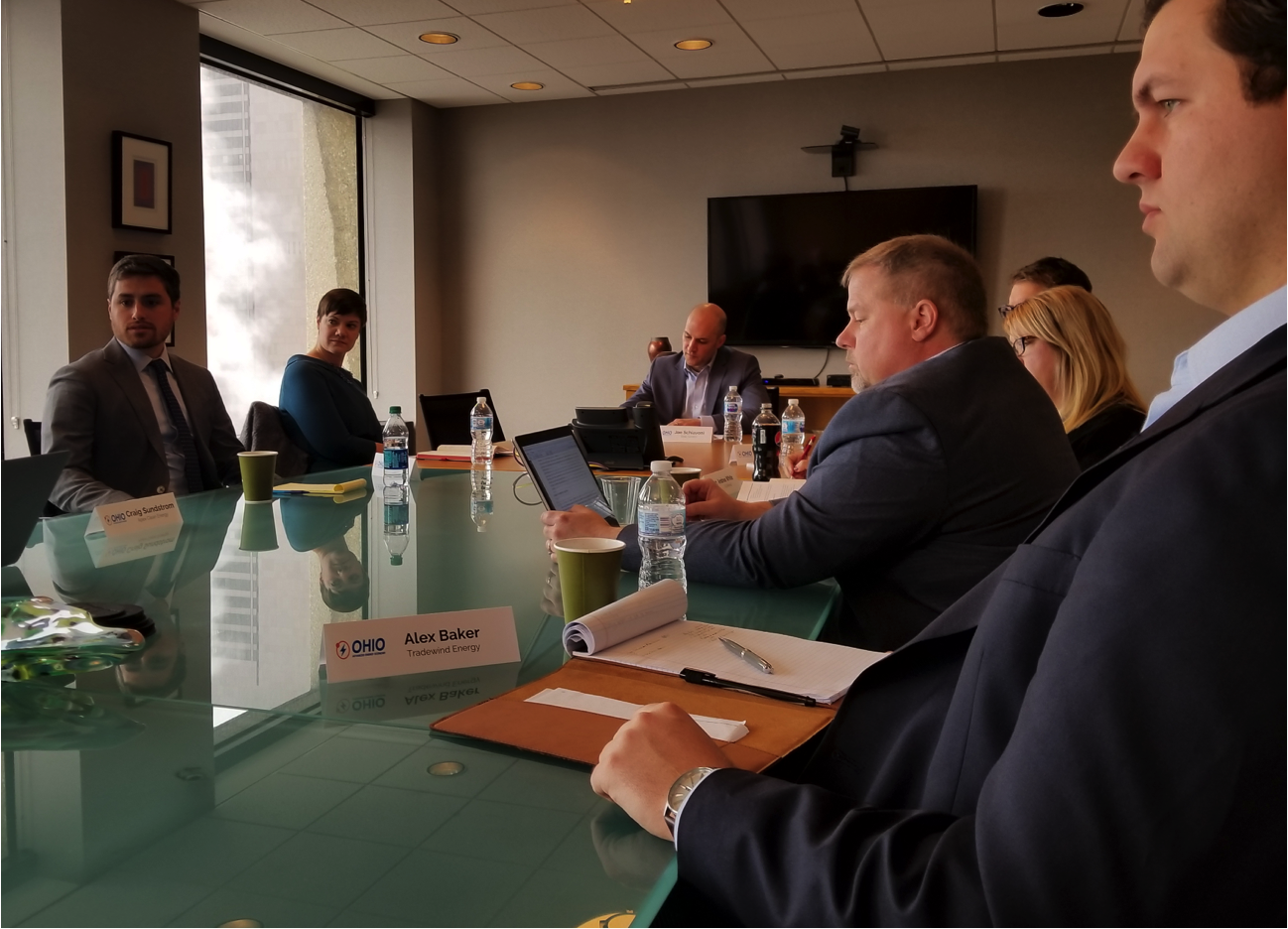 On March 8, Ohio Advanced Energy Economy (Ohio AEE) sat down with Joe Schiavoni (D-Youngstown), state Senator and former Minority Leader, as we continued our series of meetings with gubernatorial candidates about the economic benefits and significant job growth of advanced energy technologies. This was Ohio AEE’s third in the series, including earlier meetings with Democrat candidate Richard Cordray, former head of the U.S. Consumer Finance Protection Bureau, and Republican Mike DeWine, the state’s Attorney General.

As a legislator, Sen. Schiavoni has been a strong advocate for the advanced energy industry, organizing his caucus to vote against legislation that would weaken the state’s renewable and efficiency goals (RPS and EERS).

In our meeting with Sen. Schiavoni, a group of 10 companies with representatives from Apex Clean Energy, First Solar, Schneider Electric, Tradewind Energy, and Open Road Renewables among them, discussed the job creation potential associated with advanced energy. Participants represented a wide range of advanced energy businesses from across the state including solar, wind, electric vehicles, grid software, combined heat and power, energy storage and energy efficiency.

As participants discussed policy uncertainty and barriers to investment in Ohio, Sen. Schiavoni, noting the rapid growth in advanced energy jobs, asked how much greater those numbers would be had the state not stymied renewable energy and energy efficiency in 2014, resulting in a two-year freeze on these programs which expired at the end of 2016, and instituted the burdensome wind siting restriction that same year. Participants agreed that while they didn’t have an exact figure, Ohio’s jobs number would be far greater than the 105,000 advanced energy jobs today – an industry that is growing six times faster than any other in Ohio.

Keep up to date on policy in Ohio and beyond with AEE Weekly: