NEWS: With EVs, it’s not all Tesla all the time 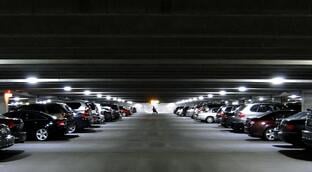 Surprise! Electric vehicle-maker Tesla is once again in the news. Earlier this month, CEO Elon Musk announced that he will take a six-day road trip from Los Angeles to New York City later this year to demonstrate the capacity of Tesla’s forthcoming cross-country charging structure. He plans to spend about an hour and a half charging the car each day.

In the midst of all the hype, Bloomberg Businessweek cautioned that it’s “easy to overlook just how few of these mean, green, electric machines” are driving today. Although Tesla is on track to produce its planned 21,000 vehicles by year’s end, only 12,700 of its Model S have been delivered to consumers so far. Bloomberg Businessweek went on to point out, however, that the Tesla Model S cars are selling in markets across the U.S.—not just California. One out of every 100 new passenger vehicles registered in Washington State between January and July was a Tesla Model S, thanks in part to a waived emissions inspection and no sales tax.

In an article charmingly titled “Tesla in the Tropics,” the Christian Science Monitor points out that Hawaii is an ideal market for EVs. Hawaii boasts some of the most expensive gas prices in the country—regularly reaching $4.30 per gallon. Purchases of EVs are ramping up in Hawaii, too: EV sales during the first half of 2013 already exceeded EV sales for all of 2012. Hawaiians bought 388 electric vehicles during the first half of 2013, compared to 341 for the year in 2012.

Although California is Tesla’s biggest market, the company is facing a legal challenge there. The California New Car Dealers Association claims that Tesla’s marketing “inflates the savings customers accrue from various federal and state incentives” to unfairly encourage EV sales. “Tesla fails to provide required information and shatters the notion of comparison finance shopping by including the potential availability of incentives, gas savings, and tax savings into final payment quotes for prospective customers,” the complaint claims. Tesla’s advertised prices deduct the value of a federal tax credit. To take advantage of the tax credit, the buyer’s federal taxes must exceed $7,500 – the amount of the credit. The New Car Dealers Association wants to see Tesla’s advertised sticker price reflect the true cost of the vehicle without incentives or tax breaks. Tesla declined to comment to the L.A. Times.

Tesla has run into an even bigger roadblock in Texas. The Tesla showroom sales model, which sells cars directly to consumers without going through dealers or franchised car lots, is a new way to sell vehicles. Many states ban or limit direct sales of vehicles to protect the interests of locally owned businesses, but in Texas Tesla gallery employees are unable to disclose the vehicles’ price, offer test drives, or give out their company’s website address.

But the EV market is a lot bigger than one (media-savvy) company. General Motors is working on an improved EV that would be able to go 200 miles on a single battery charge and would cost about $30,000, the company announced. This increased range would represent a huge jump for the company—currently the $35,000 Chevrolet Volt hybrid has an electric-only range of 38 miles (though it can run on gasoline beyond that), and the $26,685 Chevrolet Spark can go 82 miles on a single charge.

Not all the EV news is good. Fisker Automotive has been struggling this year to stay afloat. This week news broke that the Department of Energy will auction off its nonperforming Fisker loan. The auction will allow the DOE to make back some of its capital, “offering the best possible recovery for the taxpayer,” said Peter Davidson, executive director of the DOE’s loan program office. Reuters reports that several investors have made offers to DOE for as much as $30 million.

Meanwhile, Ecotality filed for bankruptcy this week. The San Francisco-based vehicle charging company has struggled with slow sales, although Nissan North America has agreed to bankroll the company up to $1.25 million so the company might continue to operate through the bankruptcy process. In an SEC filing, the company said it plans to auction off its assets.

Overall, EV sales in 2013 are seeing a huge jump over the same period of 2012. According to EVObsession.com, all-electric vehicle sales are experiencing “tremendous” growth, with 2013 sales up 522% over the first half of 2012. That said, the thousands of EVs sold are still a tiny portion of the overall automotive market, which sold more than 7.8 million units during the first half of the year.

For more news about the entire advanced energy economy, click below to sign up for AEE's weekly newsletter.