NEWS: Utilities – Are They ‘Dinosaurs,’ ‘Telecoms,’ or in Transition? 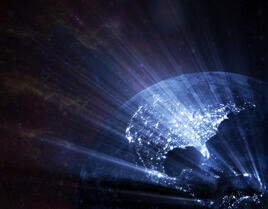 Discussion of the challenge to the utility business model posed by distributed generation and energy efficiency continues, with a mix of handwringing and saber rattling.

On EnergyBiz, Ken Silverstein takes a balanced approach, concluding: “Distributed generation and in particular, rooftop solar panels, are expected to gain market share as prices fall. That, in turn, poses hard questions for the centralized utility model, which would still be used by the vast majority of electricity consumers. Reconciling those two business structures is a must to enable both cleaner energy production and more reliable energy delivery.”

Taking a more aggressive tack, a Bloomberg Businessweek story claims that the traditional utilities’ “days are numbered.” Making the case is David Crane, CEO of NRG Energy, who likens the utilities to the U.S. Postal Service. “Utilities will continue to serve the elderly or the less fortunate, but the rest of the population moves on.” While some may see the electricity system as “the one true monopoly,” he says, “I’m working for the day the grid is diminished.”

On Greentech Media, co-founder and CEO Scott Clavenna sorts out two other metaphors for the utility challenge: dinosaurs and telecoms. He thinks the utilities are better off than the dinosaurs, having the benefit of seeing the challenge coming, as well as time and regulated rates of return to ease their transition. As to being like telephone companies, the utilities should be so lucky, he says. While the telecom monopoly was initially disrupted by low-priced long distance carriers, ultimately, customers were willing to pay more to get more services, such as mobile calling, Internet, and video. Will electricity customers be willing to do the same? “It’s hard for me to imagine, despite plenty of writing on the topic, that consumers actually want more from an energy service provider other than the basics – lower prices and reliability.”

But the harshest treatment comes from Greentech Media’s “Energy Gang,” which in its podcast chewed over the question, “Are Utilities Ready for the Coming Death Spiral?” “I have been a part of [creating] this death spiral, and am quite proud of the fact it’s coming,” said panelist Jigar Shah. “It’s no longer just about net metering. The question is, how far do we go to allow college campuses and corporate campuses or individual city blocks or even new home construction to be their own municipal utility?”

In a more collaborative vein, AEE continued its series of forums, co-sponsored by MIT’s Industrial Performance Center, on the 21st Century Electricity System with a session in Aspen, CO. New attendees included executives from North American Power, Competitive Power Ventures, Arizona Public Service Co., Recurrent Energy, Invenergy, RES Americas, and Pacific Gas & Electric. Writing about the forum series, AEE CEO Graham Richard observed, “There is a vital conversation just getting started about what the 21st Century electricity system is going to look like, and I am proud to say that AEE is in the forefront of this dialogue.”

Following up on last week’s update on driverless cars, Nissan announced this week that it would be releasing an affordable automated vehicle by 2020. In his “first look,” Michael Kanellos writes for Forbes, “you push the key fob and the car jumps into action like a loyal horse.”