NEWS: The Numbers Are In! Solar’s Best Year (so far); High ROI for Efficiency 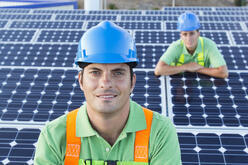 Hot on the heels of AEE’s Advanced Energy Now 2014 Market Report, SEIA and Greentech Media released their analysis of (and infographic on) the 2013 Solar PV Market. More solar was installed in the U.S. during the period from June 2012 to December 2013 than had been installed in the 30 years prior.

Overall, the U.S. solar PV market grew 41 percent last year, with 4,751 MW of new solar PV installed in 2013. Almost half of that, 2,106 MW, was installed in Q4 2013. The U.S. now boasts 12 gigawatts of cumulative solar PV installed. These numbers don’t even take into account solar thermal generating stations, like Ivanpah, that can operate at the capacity of a natural gas power plant. 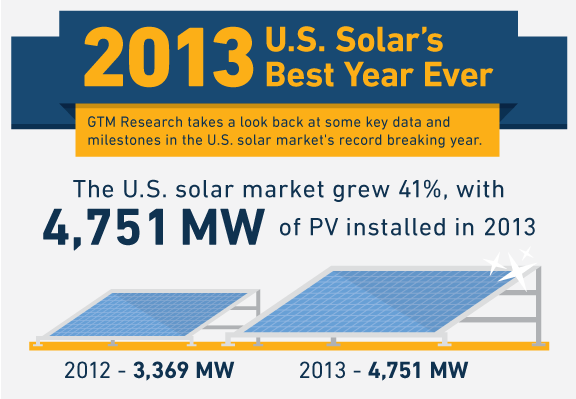 On the demand side of advanced energy, Opower (which just filed its IPO), pointed us toward this blog post showcasing high returns on investment for energy efficiency. In 2010, 16 cities in the Southeast – including Atlanta, Nashville, and Birmingham – made $20.2 million in investments in energy efficiency and got returns of $78.3 million, according a report from the Southeast Energy Efficiency Alliance.

It’s not just the Southeast seeing huge ROI as a result of energy efficiency investment. In Connecticut, the state’s Energy Efficiency Board released its 2013 Programs and Operations Report, which quantified cost savings of $53.4 million in energy not used and a 240 percent ROI from energy efficiency spending.

This week, CleanTechnica got a sneak peek at GE’s new “Space Frame” wind turbine tower. Although the exterior looks similar to a standard turbine, the design facilitates taller and taller construction, allowing the blades to pick up the higher wind speeds at higher altitudes. The term “space frame” refers to a latticework-based design, like the Eiffel Tower. 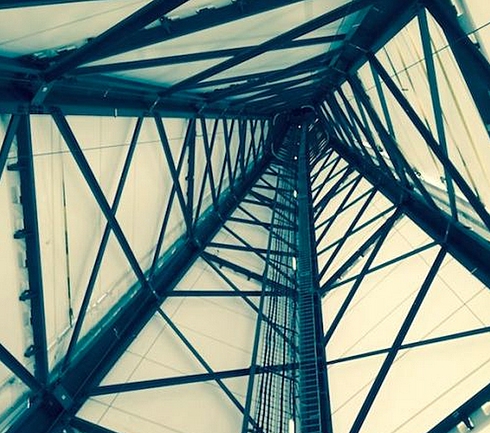 Photo by Tina Casey. For more photos from Clean Technica and information about the Space Frame, click here.

The Space Frame tower could cut down on shipping and construction costs as well. The components of GE’s Space Frame can fit inside a standard shipping container, allowing for faster deployment and fewer resources spent purely on logistics.

The advanced energy industry is a $1.13 trillion global business opportunity. Click below to download Advanced Energy Now 2014 Market Report for the full story.