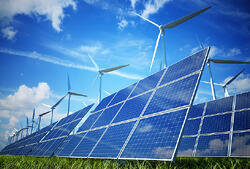 The Federal Energy Regulatory Commission released its latest “Energy Infrastructure Update” last week, announcing that 100 percent of new electricity generation in the U.S. installed in the first quarter of 2014 came from advanced energy sources. Of the 1,150 MW of new domestic power sources, 584 MW came from new solar installations, 427 MW of new wind generation, 45 MW from a new natural gas unit, and the remaining from geothermal, biomass, and hydropower sources.

Between the fast growth of distributed energy and slow growth of energy demand, the U.S. electricity market is facing profound changes. A recent report for the State-Provincial Steering Committee on Regional Electric Power Cooperation describes stagnation in electricity sales, citing energy efficiency and growing awareness of energy use as well as distributed generation, and calling it a “decoupling” of the electricity market from U.S. economic growth – and a challenge for utilities.

“This isn’t the end of utilities,” said Taylor Gunn, economist at CoBank, told Utility Dive. “I think a lot of utilities see greater energy efficiency, the opportunity to offer distributed generation and solar assets to their customers, and maybe provide other services to their customers such as energy management as new revenue streams and new opportunities for growth.”

Exactly how utilities will adopt to these “new opportunities for growth” remains to be seen. Herman K. Trabish, writing for Utility Dive, describes performance-based ratemaking system as an emerging solution for utilities’ “growing need to respond to new ways customers are getting and using electricity.”  (Our own Tom Plant described a similar solution in September.) Under this model, state regulators would establish performance goals, which would in turn determine how utilities would be rewarded (paid) or punished (fined).

The United Kingdom already uses a system called “Revenue set to deliver strong Incentives, Innovation, and Outputs,” or RIIO. The RIIO model allows a utility to get a rate of return based on performance in a set of output categories, including customer satisfaction, reliability and availability, safe network services, connection terms, environmental impact, and social obligations.

Could such a model cross the pond? Some indications point to yes. J.D. Power already measures utility customer satisfaction.

In some places, however, the reaction to change has been to push back. This week Oklahoma Gov. Mary Fallin signed a bill allowing regulated electric utilities to “establish a new customer class” for consumers who use solar panels or small wind turbines, allowing utilities to charge those consumers more. Similar initiatives for net metering solar customers were proposed in Idaho and Arizona last year, but Oklahoma’s is the farthest-reaching—including small wind customers as well as solar customers.

AEE has been engaged in a series of dialogues with industry leaders, utility power players, policymakers, and other stakeholders who are creating the 21st century electricity system. Click the button below to learn more about this initiative and read summaries from the meetings.

Google made headlines this week with the announcement of investments in both solar and wind. Google and SunPower have formed a $250 million program to finance rooftop solar systems for residential customers, relieving the consumer of much of the up-front cost of installing SunPower solar panels on their home. That news came on the heels of news that Google had made a deal with MidAmerican Energy, a utility largely owned by Warren Buffett’s Berkshire Hathaway, to power Google’s Iowa data center with wind energy. The 407 MW agreement is Google’s largest wind contract to date. 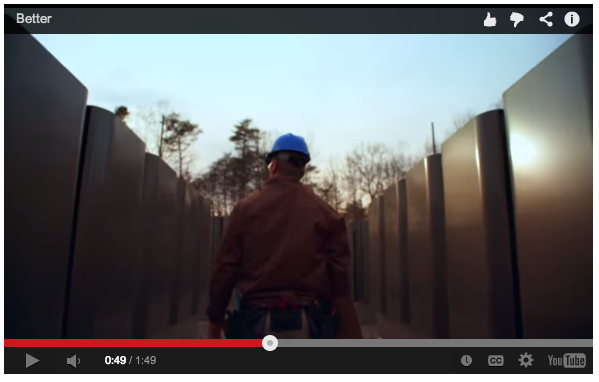 Google wasn’t the only company with big advanced energy announcements: Apple used Earth Day to announce and market its advanced energy achievements. According to The Oregonian, Apple has taken over a small hydroelectric project in Central Oregon that will help power the company’s data center in nearby Prineville, Ore. Apple also uses “local renewable wind energy” to power its Prineville data center.

Beyond hydropower in Central Oregon, Apple is “close” to powering all its data centers with advanced energy, according to Wired Magazine. Apple released a new video featuring images and video of the company’s advanced energy initiatives, including AEE Member Bloom Energy’s fuel cells, which help power one of Apple’s North Carolina facilities. The video, titled simply “Better,” is narrated by Apple CEO Tim Cook. Apple wants to “leave the world better than when we found it,” Cook narrates, against a backdrop of solar panels tracking in the sunshine, “and make the tools that inspire others to do the same.”

Finally, this week was the 60th anniversary of the modern solar cell. “By April 1954,” solar energy historian John Perlin wrote in an email to Greentech Media, the scientists behind the solar cell “had ratcheted up the efficiency to 6 percent [and the cell was] ready for public display.” For more on the six-decade history of the solar cell, check out this full article by Eric Wesoff.