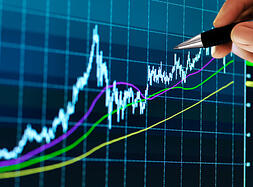 Baby, it’s cold outside – still. We don’t hear much about “polar vortex” these days, but when Washington, DC, gets 11 inches of snow in March (so far – it could snow again next week) and the high temperature in Boston on St. Patrick’s Day is 27 degrees, you know it’s been a tough winter. The bone-chilling weather so far this year also brings a reminder that energy waste is money out the window – and out of the local economy.

As reported by the Boston Globe, household spending on home heating in New England is up an estimated 20 percent this winter over last year. In the Northeast, natural gas users — more than half of the region’s households — are projected to pay an average of $1,100 this winter. Heating oil and propane customers will pay double that amount, if not more. That squeeze on the household budget has an impact on the broader economy, as consumers cut back on restaurant meals and other purchases.

We can’t control the weather, but we can reduce the amount of energy we pay for, but lose. Luckily, the New England states are leaders in energy efficiency, according to the latest report from the Northeast Energy Efficiency Partnership. “In 2012, New England as a whole realized annual natural gas savings of 31 million therms – nearly 50 percent higher than 2011 – reflecting growing investment in natural gas energy efficiency programs, particularly in Massachusetts, New Hampshire and Rhode Island,” reports Fierce Energy.

Concerns about peak load are driving demand reduction efforts in New York City, with utility Con Edison fattening up incentives for demand response and load-shifting measures on the part of large property owners in the Big Apple. Behind this push are questions about whether the Indian Point nuclear power plant on the Hudson River, which provides 20 percent of the city’s power, will shut down when its license expires in 2016. With Gov. Cuomo expressing interest in seeing the plant retired, the state is trying to see if the city could get along without it.

In solar news, the Minnesota Public Utilities Commission approved a “value of solar” tariff, which can be used by Minnesota utilities as an alternative to net metering for distributed generation customers. Approved on a vote of 3-2, the plan was not without controversy. Under the Minnesota law passed last year, the value of solar tariff was required to include avoided environmental costs. The Commission was divided, but ultimately chose to use the federal “social cost of carbon,” the highest of three options developed by staff, in the formula. Oh, and what is the value of solar under the formula approved by the Minnesota PUC? As estimated by Xcel Energy, 14.5¢ per kWh. That would mean slightly higher payments to solar owners than they get today under net metering, but less than they would get in the future, assuming that retail electricity rates go up over time.

In an unrelated set of calculations, the Electric Power Research Institute (EPRI) has determined the value of hydropower to the grid. In a new report produced for the U.S. Dept. of Energy, EPRI looks at the contribution of hydropower resources to operation of the grid in terms of energy, capacity, and ancillary services. It also suggests a number of potential improvements to existing hydropower plants that would be cost-effective. The most likely hydro asset expansion was found to be pumped storage, but the report found investment in such facilities unlikely under current market conditions.

Finally, a setback for offshore wind in New Jersey. The Garden State’s Board of Public Utilities voted unanimously to reject the funding mechanism for the proposed Atlantic City Offshore Wind Farm. Chris Wissemann, CEO of Fishermen’s Energy, developer of the five-turbine, 25MW pilot project, said the Board relied on outdated information that set the power price at $263 per MWh, when it would actually be $199 per MWh. But the Board said the lower price was too dependent on federal subsidies whose futures were uncertain.