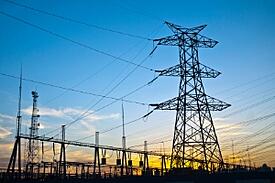 The June 2 release of EPA’s proposed rule to reduce carbon emissions, with its approval of a range of advanced energy technologies for compliance, has raised all sorts of questions. In an examination of what it all means for energy efficiency and demand response, Utility Dive talked to Malcolm Woolf, SVP of policy and government affairs at AEE, who described some of the ways these advanced energy technologies can tap new economic value under EPA’s draft rule.

“Investments in efficiency lengthen your other investments,” Woolf said. Energy efficiency and demand response are products “that the grid does not yet really monetize, but that we can monetize, and I think this EPA rule will help us do that.”

Solar energy technologies made headlines this week for the value they provide, both theoretical and practical. First up is solar thermal. A paper published this week in the journal Nature Climate Changesimulates solar thermal plants incorporating thermal storage, and demonstrates their ability to “satisfy a set of realistic demand scenarios.” The authors of the paper looked at three scenarios: a flat power demand, demand based on data from the European Union (where heating on winter evenings constitute peak demand), and one based on California, where power needs peak during summer afternoon hours. The paper concludes that solar thermal plants could provide adequate baseload power under all three circumstances.

Then there’s solar PV, which is stampeding through the real-world marketplace. El Paso Electric announced this week that it has already more than doubled its utility-scale solar portfolio in the past year and will eliminate coal from its portfolio within two years. El Paso Electric has signed power purchase agreements (PPAs) with several solar energy facilities, including the 50 MW Macho Springs facility now under construction and a planned 10 MW facility in Northeast El Paso.

In Utah, solar energy is doing exactly that. In a state with no renewable portfolio standard, regional utility Rocky Mountain Power is signing PPAs to buy energy from solar energy producers. One of them, First Wind (which has expanded its portfolio beyond its name), has a number of solar power facilities in the region, including the 320 MW Four Beavers plant and the 20 MW Seven Sisters project.

Cory Honeyman, an analyst with GTM Research, notes that Utah, which currently has no installed utility-scale solar capacity, has suddenly become a solar development hotbed. “In the past six months, nearly 550 MW have received PPAs from 12 individual projects in Utah,” he writes.

Meanwhile, in California, solar energy is breaking generation records too quickly to keep track. According to Utility Dive, California’s Independent System Operator (CAISO), will only be announcing new solar records in 500 MW increments. CAISO did report a record-breaking start to the summer months when, on June 1, the state generated an hourly peak output of 4,767 MW. In May 2014, solar provided 14 percent of the state’s power, which is more than double the 6 percent it provided in May 2013.

It was a big news week for AEE as well! AEE released PowerSuite, a new set of online tools that will allow you and your team to track energy legislation and regulatory dockets across 50 states in one seamless system. Click below to check it out for yourself and start a free two-week trial.