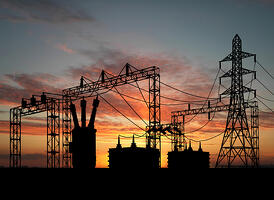 This week Con Edison announced that it would invest heavily in efficiency, distributed generation, and energy storage to avoid building a new substation for Brooklyn and Queens, New York City’s fastest growing boroughs. New York State’s grid has been especially strained during heat waves and storms in the past few years, with demand in the city a particular challenge. Last summer the “heat dome” caused New York’s grid to operate at 99 percent of capacity, pushing the grid right to the edge of failure.

Con Edison’s program, which is expected to cost between $100 million and $150 million, could avoid the expense of a new substation (with an estimated price tag of $1.1 billion). For customers, total savings are expected to reach between $400 million and $500 million. Con Ed will meet these targets by expanding existing programs, such as one that gets customers to control air conditions by smartphone, and adding new ones to promote rooftop solar and battery storage. According to Robert Schimmenti, Con Ed’s vice president of engineering and planning, it’s all about meeting growing demand without adding costly grid infrastructure.

“This is a very big step in a very different direction,” Schimmenti told Bloomberg News. “If we don’t set an aggressive target in the short term then we won’t get to these new innovations.”

The move comes as New York State’s Reforming the Energy Vision proceeding is under way at the Public Service Commission. The proceeding would make sweeping changes to utility business model and regulatory framework, in order to facilitate adoption of advanced energy measures such as efficiency and distributed generation.

Also this week, Forbes Magazine profiled David Crane of NRG and his company’s commitment to advanced energy. While EPA’s regulation of carbon emissions is still in draft, many private sector players are already beginning to plan for “new income streams not tied to coal generation,” according to Brandon Blossman, managing director of research at Tudor, Pickering, Holt & Co., who has calculated the impact on power producers of even a small price on carbon emissions ($10/ton); NRG, he found, would be hurt most.

Crane’s plans involve the Beacon 10, a new backup generator (powered by a Stirling engine) for homeowners. The generator, designed by Dean Kamen, inventor of the Segway, runs on natural gas and is quieter and more efficient than a typical diesel generator. The initial market would be for backup power, but Crane’s vision is of combining solar on the roof with natural gas generation in the basement for a complete off-grid home energy solution.

For now, Crane’s own solar-topped home is serving as a test case for Kamen’s 10-kilowatt generator. “We’ve turned his basement into an extension of our laboratory,” said Kamen. “It’s certainly not a machine made for the typical home, but he has a gigantic swimming pool and a huge house.”

Solar made news in North Carolina this week, as two projects were announced for the Tar Heel State. First, Apple reported that it would build a 100-acre, 17.5 MW solar farm in Claremont, North Carolina. The project will be the third for Apple in the state, and will help power Apple’s North Carolina data center. The next day, two universities and a hospital, all located in Washington, DC, announced a power purchase agreement to build the largest solar farm east of the Mississippi. To be built in three parts in agricultural land in North Carolina, Capital Partners Solar (as the project is called) will be owned and operated by Duke Energy. George Washington University, American University, and George Washington University Hospital will be purchasing the output of the 52 MW installation for their campuses.

The World Trade Organization opened talks to end tariffs on “environmental goods,” a category that includes solar panels, wind turbines, and filters to treat wastewater. According to the U.S. Trade Representative, the U.S. exported $106 billion worth of products in that category in 2013 alone.

The Washington Post ran a story this week on Solar Wind Energy’s proposed energy generation monolith that combines the principles of wind and solar energy. The structure would use ambient desert heat to create thermal drafts, which would power generators to create electricity. We first reported on this project when the Arizona town of San Luis gave the company its blessing.

Get all the advanced energy news you need to know, along with policy updates and special advanced energy events, delivered to your inbox every Friday. Sign up by clicking below!