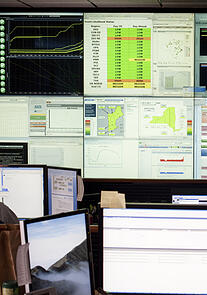 AEE Member companies made news this week across the country and around the world. EnerNOC, a Massachusetts-based demand response and efficiency company, announced that it had acquired EnTech USB, a software firm that specializes in utility bill management. This follows EnerNOC’s acquisition of two other European firms in February (which Jeff St. John, writing for Greentech Media, characterized as a “European Spending Spree”).

“EnTech has impressive global reach. Its software product is the global UBM [utility bill management] solution of over 50 enterprises. Eight of the Fortune 50, including the largest companies in the world in telecommunications, consumer products, banking and auto manufacturing rely on EnTech’s UBM software,” Tim Healy, Chairman and CEO of EnerNOC (and AEE board member), said in a statement.

In 2013, 20 percent of EnerNOC’s revenue came from the overseas market. More than diversifying the company’s geographic reach, the recent acquisitions are helping EnerNOC add energy efficiency software to its suite of products. Katherine Tweed, writing for Greentech Media, quotes financial analysts at Baird Equity: “We believe EnTech’s utility bill management capabilities are a strong compliment to ENOC’s product suite and should improve ENOC’s cross-selling abilities,” they said, referring to the public company by its stock ticker.

Silver Spring Networks recently presented a webinar hosted by AEE on “Policies to Accelerate Grid Modernization,” which examined topics such as data analytics, demand response, distributed automation, distributed generation, and smart metering. The webinar is now available in our archive. Click the link below!

The South Kent Wind Project, Canada’s largest wind farm, began full operation this week. The 270 MW project is the product of a partnership between Samsung Renewable Energy, Inc. and AEE Member Pattern Energy Group. The project is the first in a series of planned wind farms in Ontario, according to Pattern CEO Mike Garland. Garland expects the project to be a boon to the southern Ontario economy, providing “more than $7 million in direct spending each year.”

Construction has begun on Samsung and Pattern Energy’s next collaborative projects in Ontario: a 150 MW wind farm in Haldimand County. Two other projects are also in the works, the 180 MW Armow Wind project in Kincardine, and the 270 MW project K2 Wind, which broke ground last month.

Is your company interested in membership in AEE? Click the link below to learn more and to get in touch.