NEWS: 100% Growth in Energy? Mapping LEDs and CFLs; Managing Demand in Japan and the Military 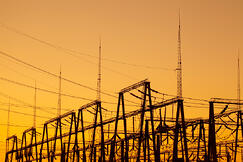 ExxonMobil issued its Outlook for Energy this week, predicting that global energy demand would rise 35 percent from 2010 to 2040 due to steady growth in countries now lacking electricity, appliances, and transport. “People want a warm home, a refrigerator, a TV, someday a car, and a cellphone,” William Colton, ExxonMobil’s vice president for corporate strategic planning, told the Associated Press. That means dramatic growth, but there’s more, buried in the fine print of the ExxonMobil press release: “Without gains in efficiency, global energy demand could have risen by more than 100 percent.” In other words, it will take huge growth in advanced energy technologies to keep the increase in energy consumption down to 35 percent by 2040. That makes the advanced energy opportunity even greater.

In developed countries, the race is on for solar power – and the United States is about to pull into the lead. According to GTM Research and SEIA, in the last three months of 2013 the U.S. will pull ahead of global leader Germany in solar installations for the first time in 15 years. “Without a doubt, 2013 will go down as a record-shattering year for the U.S. solar industry,” said Rhone Resch, SEIA president and CEO. “We’ve now joined Germany, China and Japan as worldwide leaders when it comes to the installation of new solar capacity.”

GTM has also pulled together an infographic showing the State of Solar in the U.S.

Some good news from AEE member companies this week as well.

Boston-based EnerNOC entered into a demand response deal with Tokyo Electric Power Company (TEPCO), a Japanese utility still reeling from the effects of the Fukushima Taiishi accident and looking for ways to meet electric needs without the nuclear power plant – which makes demand response a natural. That arrangement is the first growing out of EnerNOC’s new joint venture with Marubeni Corp., one of the largest independent power producers in Japan.

“There is growing national attention in Japan on intelligent buildings and smart grids, and an increased focus by utilities and policymakers on the importance of demand-side management,” said David Brewster, president of EnerNOC.

Meanwhile, another Boston-based AEE member, Retroficiency, is waging war on energy waste in U.S. military installations. The company is set to install its remote-auditing software in 640 military buildings around the world to identify ways to manage energy better and identify opportunities for energy-saving investment. Through the end of the year, Retroficiency’s military deployment could bring the company’s energy monitoring to over 1 billion square feet globally.

Finally, the U.S. Department of Energy announced $150 million in tax credits for building America’s capabilities in clean energy manufacturing. The tax credit was made available to 183 domestic clean energy-manufacturing facilities as a result of $2.3 billion in funding during Phase I of the program. Phase II was launched to utilize $150 million in tax credits that were not used by previous awardees. These awards will support thousands of new manufacturing jobs in nine states. Among the awardees: AEE member company Natel Energy, which received $2 million in tax support for equipping a manufacturing facility on the former Alameda Naval Air Station in California to produce 200 advanced hydropower turbines with capacity of roughly 90 MW. Congratulations to CEO Gia Schneider and the Natel team!