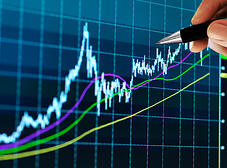 Advanced energy finance is an ever-expanding field with many players, including government agencies, private investors, and international financial institutions. Our periodic Finance updates will help you understand and navigate this complex infrastructure.

The Senate Finance Committee voted earlier this month to extend a number of tax credits that will support continued investment in advanced energy technologies. The package approved by the committee extends vital tax credits through the end of 2015 for advanced energy technologies such as wind power, energy efficient buildings, smart grid infrastructure, advanced fuels, and advanced transportation. The following table highlights a number of the changes included by the committee:

Some important provisions were left out of the legislation, however, including a change to the Investment Tax Credit that would allow developers to claim the credit so long as projects “commence construction” by the end of 2016, something that AEE has strongly supported. Some solar and fuel cell projects can take years to develop and need tax certainty to obtain financing. This adjustment – from requiring that projects be placed in service to simply starting the construction process – was previously made for the production tax credit, and helped support continued investment in the U.S. wind industry.

The U.S. Department of Energy is breathing new life into its advanced energy loan programs, with Energy Secretary Ernest Moniz telling a Congressional panel last week that it would likely begin accepting new applications for loan guarantees for renewable energy projects in the second quarter of this year. The Department also sent a letter last week to automotive manufacturers informing them that its Advanced Technology Vehicle Manufacturing Loan program still had $16 billion in authorized capital for eligible projects, and that it had taken steps to streamline the application process.  Secretary Moniz highlighted the program, including the broad range of technologies eligible for support, in a speech to the Motor & Equipment Manufacturers Association Annual Legislative Summit on Wednesday.

In the private sphere, solar developer SunEdison announced recently that it had sold a bundle of residential solar projects to a wholly owned yieldco, with plans to list SunEdison YieldCo later this year. The yieldco, which includes projects developed by SunEdison as well as those acquired from third-party developers, was created using a $250 million credit facility from Goldman Sachs. The development represents the first pure solar yieldco, as existing yieldcos typically blend solar and other renewable projects with conventional power projects.

While yieldcos have been around for years, they have garnered new attention within the advanced energy industry in the last eighteen months as another tool to securitize assets, access public markets, and drive down the cost of capital. As its core, a yieldco is a publicly-traded company that owns operating assets that produce positive cash flows, with the revenues distributed to investors as dividends.

The U.S. Department of Energy has published A Guide to Federal Finance Facilities Available for Energy Efficiency Upgrades and Clean Energy Deployment. The downloadable guide provides information about the various federal financing programs available for energy efficiency and renewable energy -- making it easier for state, local and tribal leaders, along with their partners in the private sector, to find capital for energy efficiency and renewable energy projects.

Every month, AEE sends out a newsletter with energy financing news, events, and unique opportunities. Sign up for the newsletter by clicking the button below.