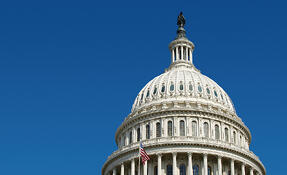 This piece was originally published at The Hill.

At the stroke of midnight on New Year’s Eve, a number of federal tax code provisions critical to advanced energy growth disappeared. That’s because Congress has allowed itself to make tax law by inertia. Without Congress saying a word or taking a vote, millions of dollars of tax credits to bolster investment and entrepreneurship simply vanished. Congress should act now to extend these tax provisions retroactively.

We have seen it all before: Just last year, the production tax credit (PTC), the life’s blood of wind energy development, got an extension in the first days of January, though just for one year. That was better than 2000, or 2002, or 2004, years when the PTC was allowed to lapse altogether, with the consequent collapse of wind energy installation by as much as 90 percent. Still, uncertainty about the tax credit’s fate in late 2012 caused layoffs at wind-component manufacturing facilities across the country.

2013 was supposed to be different: With leaders of both parties in both houses of Congress vowing to bring comprehensive reform to the tax code, the boom-and-bust cycle that comes from arbitrary deadlines suddenly extended – or not – was supposed to be over. As the year wore on, however, it became clear that comprehensive tax reform would be a long time coming – while the clock ticked on existing tax credits with expiration dates written into law.

So now, at the start of 2014, advanced energy developers, manufacturers, and installers brace themselves for growth-killing tax increases imposed on them without Congress even taking a vote. Meanwhile, the tax sweeteners for conventional energy development, etched into the tax code as if in stone, continue undisturbed.

Though these advanced energy tax credits have vanished, industry impact will be blunted at first because of language included in the last PTC extension that allowed projects to qualify as long as they “commenced construction” by the December 31 deadline, rather than been placed into service. That just means the development pipeline will not dry up immediately after December 31, but rather a few months later.

And dry up it will. Although wind energy is now fully price-competitive in some markets, it’s not in most, and without the PTC, many projects will grind to a halt or drop off the drawing board. But wind energy is a resource worth developing wherever the wind blows. It’s one of many energy sources we need for fuel diversity, clean air, and energy independence – and it’s a long way from realizing its full potential. Wind energy manufacturing and installation has also become a substantial industry – an estimated $9 billion in U.S. revenue this year. Pulling the tax credit plug at an arbitrary date, without a thoughtful dialogue on the value of continued government support, is disruptive and damaging to an industry with ongoing promise.

What’s more, wind was not the only advanced energy technology to have the tax-credit rug pulled out from under entrepreneurs and investors on January 1. Also expired are:

Comprehensive tax reform is needed and important, but it will take years to accomplish. Members of Advanced Energy Economy are committed to engaging in that process, based on our core principles for tax reform, which will both improve the tax code and support advanced energy innovation and deployment.

But tax certainty is as important to investment and growth as tax reform. Existing tax benefits should not be taken away before a new framework for long-term investment has been implemented through a smooth transition. That’s true not only for the advanced energy tax credits that just expired, but also those due to expire at the end of this year.

There is still time to avoid the full impact of lapses in advanced energy tax credits. Congress now has a chance to extend those tax credits that just expired on a retroactive basis, and restore investor confidence in our national commitment to secure, clean, affordable energy.

Stay up-to-date on the latest news on advanced energy tax policy. Sign up below for AEE's weekly newsletter.