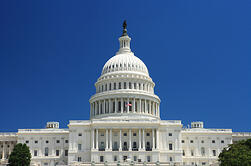 As 2014 kicks off, federal lawmakers are putting their stakes in the ground around both advanced energy tax credits and the Environmental Protection Agency’s (EPA) work to rein in greenhouse gas emissions from the power sector.

In a blog published by The Hill, AEE’s Malcolm Woolf called for a retroactive extension of tax credits that expired at the end of 2013. AEE’s partner organization in Illinois, Clean Energy Trust, also penned a letter to the editor of the Chicago Tribune countering that paper’s attack on the PTC. While the outlook for credits remains uncertain, some analysts believe a bill in March to extend the debt ceiling could be the legislative vehicle for their revival.

Meanwhile, work on broader tax reform continues with comments on Senate Finance Committee Chairman Max Baucus’s discussion draft on energy tax reform due by the end of the month. In late December, Sen. Baucus (D-MT) was nominated to be ambassador to China, causing a change in committee leadership with implications that are the subject of wide speculation. Despite these changes, the discussion draft remains an important proposal in the ongoing tax reform effort.

On the EPA front, AEE has a summary of recent news about the agency’s work to develop greenhouse gas performance standards for new and existing power plants under the Clean Air Act. The update from last week discusses Janet McCabe’s nomination as the agency’s air chief and states calling for flexibility and recognition of current emission reduction efforts in the new rules. You’ll also find an explanation of the Title V permitting provision as it relates to the greenhouse gas rules. On Jan. 8, EPA’s rule for greenhouse gas emissions from new power plants was published in the Federal Register, kicking off a 60-day comment period.

Legislative proposals to undermine EPA’s authority on greenhouse gases continue to be floated. Sen. Joe Manchin (D-WV) and Rep. Ed Whitfield (R-KY) introduced H.R. 3826, which would essentially halt EPA greenhouse gas action. The bill was fast-tracked through the House Subcommittee on Energy and Power on Tuesday and will now be considered by the full Energy and Commerce Committee. Sen. Jim Inhofe (R-OK) also introduced an amendment to the Senate’s unemployment insurance extension bill that would require EPA to release employment studies before finalizing regulations.

On the other side of the spectrum, a group of Senate Democrats and Independents announced Tuesday a Climate Action Task Force to promote action on climate and defend against efforts to weaken EPA power plant rules. On Thursday at 9:15 AM, the Senate Environment and Public Works Committee will hold a hearing to review the President’s Climate Action Plan. Committee Chairwoman Barbara Boxer (D-CA) is also a member of the new climate task force.

In other news last week, President Obama announced the launch of a Quadrennial Energy Review to be undertaken by numerous agencies over the next year. The initiative is also part of the president’s climate action plan. The first report, focusing on systems for “transporting, transmitting, and delivering energy,” is due January 31, 2015.

Finally, the omnibus spending bill that is expected to pass this week includes a ban on enforcement of the light bulb efficiency standard, but reports are that the phase out of inefficient incandescent bulbs is likely to go on unfazed. The bill also includes a provision to limit the Export-Import Bank’s ability to end the financing of coal plants abroad.

Get quality advanced energy news and analysis delivered to your inbox with AEE's Newsletter. Click below to sign up.