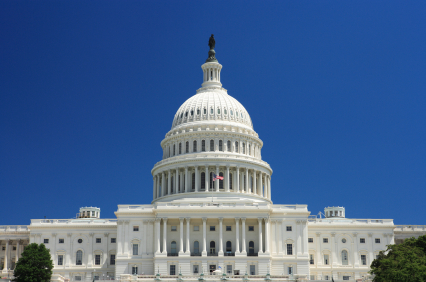 In the latest evidence of the need for stable federal tax policy, a major solar project in California was abandoned in part due to uncertainty around whether the project would be placed in service in time to qualify for the investment tax credit (ITC), which expires at the end of 2016. Numerous tax credits for advanced energy development expired at the end of last year, and a bill to extend them has passed the Senate Finance Committee but not yet come to the floor. This abandoned solar plant shows that even a credit facing an expiration date that has not yet arrived can stymie projects with long development timelines – a problem that could be alleviated by a simple change in qualification for the tax credit from “placed in service” to “commenced construction,” as was done for the production tax credit in its most recent extension.

On September 26, BrightSource Energy and Abengoa Solar announced the withdrawal of their proposal for the 500-megawatt (MW) Palen concentrated solar power project in the desert of southern California. The announcement came two weeks after the California Energy Commission (CEC) gave preliminary approval for the project.

The project would have generated enough electricity to power more than 200,000 homes. About 2,300 construction jobs and 100 operations and maintenance jobs would have been created. In their preliminary approval of the project, Karen Douglas and David Hochschild of the CEC noted that the power tower technology proposed would allow for “more efficient and more cost effective energy storage” than other concentrated solar power technologies. This storage capacity would help provide grid reliability in California where there is increasing penetration of variable generation from renewables.

That secure, clean, affordable, job-producing power will not come to be in large part because Congress has neglected to maintain stable tax policy for advanced energy development. Also at stake is American leadership in a cutting-edge technology. The United States is currently second only to Spain in concentrated solar thermal power (CSP) capacity; the 377 MW Ivanpah facility, which came online earlier this year, is the largest solar thermal facility in the world. Besides Spain, many other countries added CSP capacity in 2013, including the United Arab Emirates, India, and China.

According to The Desert Sun, BrightSource senior vice president Joe Desmond said that the project probably wouldn’t have been able to obtain financing, as it was unlikely to meet the current 2016 federal ITC placed-in-service deadline. Solar, fuel cell, and other advanced energy projects can take years to plan. By modifying the investment tax credit this year to allow projects that commence construction by the end of 2016 to qualify – a change that was made for the production tax credit, with the switch from placed-in-service to commenced-construction keeping the project pipeline flowing well after the December 31, 2013 expiration date – Congress could provide advanced energy projects now on the drawing board the certainty they need to move ahead. There is bipartisan support for this measure: Senators Michael Bennet (D-CO) and Dean Heller (R-NV) and Representatives Paul Cook (R-CA-8) and Mike Thompson (D-CA-5) are sponsoring separate bills to replace the 2016 ITC placed-in-service qualification with commenced construction.

Beyond the ITC, various advanced energy technologies, including wind power, smart grid technology, energy efficiency, advanced transportation, and advanced fuels, rely on critical tax credits that expired at the close of 2013. Many of these provisions were included in the Expire Act (S. 2260), which passed the Senate Finance Committee in April with bipartisan support. Earlier this month, as noted by Politico Morning Energy, AEE sent a letter to the leaders of Senate Finance and a separate letter to the leaders of House Ways and Means urging them to make the extension of advanced energy tax credits a top bipartisan priority for the lame duck session.