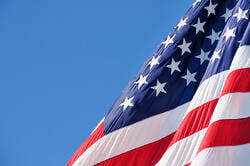 The federal government reopened last Thursday after a last-minute deal was reached to fund agencies through mid-January and raise the $16.7 trillion debt limit. Though Congress reached the critical Treasury Department deadline with one day to spare, lawmakers stress that the economy did not go unscathed and cannot continue to face these moments of crisis. Ultimately, the deal is only a temporary solution, and these issues will continue to be debated in coming months through FY 2014 appropriations and yet another debt limit increase.

The Senate is on recess until October 28. There is a chance that upon return, the Shaheen-Portman energy efficiency legislation could receive renewed attention. Politico reports that the bill’s authors, Senators Jeanne Shaheen (D-NH) and Rob Portman (R-OH), are open to incorporating some non-controversial and bipartisan amendments into the underlying bill in an effort to secure additional Republican support and reach the 60-vote threshold. The bill has at least one Republican supporter in the House. Rep. Ed Whitfield (R-KY), Chairman of the Energy and Power Subcommittee, suggested that he and his colleagues will be ready to “move the bill” once it comes over from the Senate. Speaking at a DLA Piper energy summit, Whitfield also predicted that the White House will reject the Keystone XL pipeline proposal.

In August, AEE wrote to the General Services Administration urging that its pending Delivery Service contract require vendors to meet goals for reducing emissions, cutting petroleum use, and increasing the use of alternative fuel vehicles. We’re pleased to report that GSA’s final solicitation calls for continuous annual improvements in fleetwide fuel efficiency, alternative fuels use, and greenhouse gas emissions intensity, as well as rigorous reporting of these metrics. The contractor is also expected to participate in EPA’s SmartWay Transport Partnership to achieve fuel- and emissions-reductions in freight and small package transport.

EPA is back to work developing greenhouse gas emissions standards for the power sector after a majority of its workers were furloughed during the shutdown. Yesterday, the agency held the first in its series of public listening sessions regarding design of regulations for existing generating units.

Meanwhile, the Supreme Court will consider only a limited scope of issues from among wide-ranging challenges to EPA’s authority raised this session. In February, Justices will hear arguments as to whether EPA “permissibly determined” that its emissions standards for motor vehicles triggered the agency’s current efforts to regulate power sector emissions. This is not likely to threaten the Court’s previous finding that greenhouse gases are air pollutants, nor the regulatory process currently underway to act upon this finding.