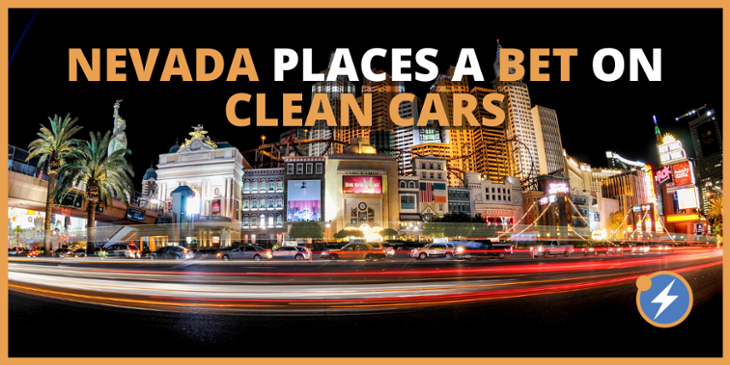 Under the Sisolak Administration, Nevada has emerged as one of the states leading this country’s transition to a clean electricity grid. This week, it becomes a leader in the electric transportation transformation as well. That’s because Gov. Sisolak announced a Clean Cars Nevada initiative to give Nevadans more options for low- and zero-emission vehicles when they go shopping for a new car or truck. By initiating the process (pursuant to Section 177 of the federal Clean Air Act) to adopt more stringent emissions standards for vehicles than those in place nationally, Nevada will also set itself up as the next hot market for electric vehicles (EVs) and related charging station development.

Already enjoying the benefits – and thousands of jobs – from EV-related battery storage from Tesla’s Gigafactory, becoming a leader in clean vehicles will spur the creation of hundreds of new infrastructure jobs and millions of new dollars of investment in Nevada that will help local communities diversify their economies and put residents back to work. It will also keep Nevadans hard-earned dollars in Nevada. Money spent on gasoline sent over $4.2 billion out of state in 2017. As Nevada has a goal of 100% carbon-free electricity by 2050, electric cars will be increasingly powered by Nevada’s abundant local renewable energy resources.

But for this to happen, Nevadans need to be able to buy them. Today, Las Vegas dealerships only carry 12 electric vehicle models, and Reno dealerships carry a mere three, severely limiting consumer choice. Dedicated buyers have to travel out of state to find their preferred electric models, sending their sales tax dollars elsewhere. These Clean Car Standards will give consumers greater access to a range of the most efficient vehicle options, including EVs, which are the most efficient of all, and the cheapest to maintain.

To top it off, when electric cars are set to charge at times of the day when existing grid infrastructure is underutilized or when excess renewable energy is available, it can result in lower energy costs for all electric consumers. Data analyzed by Synapse Energy Economics on the impact EVs have on the grid shows that benefits exceed costs by hundreds of millions of dollars, even when only one-quarter of those drivers adopt special EV utility rates.

AEE continues to fight to ensure that the national greenhouse gas and fuel economy standards set by the Environmental Protection Agency (EPA) and National Highway Traffic Safety Administration (NHTSA) reflect technology advancements in electric vehicles and provide an incentive for further advancement and consumer adoption, and that states like Nevada continue to have the right to adopt more stringent standards that push clean electric vehicle technologies forward even faster. The Clean Air Act and other federal laws were designed to ensure that air pollution and fuel economy standards would take account of current emissions-reducing technologies and create incentives to improve those technologies.

Specifically, in the Clean Air Act and related laws, Congress explicitly adopted provisions to allow Nevada and other states to adopt standards set by the state of California – which had its own vehicle emission standards prior to the Clean Air Act – if they are more stringent.  The Trump Administration is currently in the process of both weakening existing national standards and taking away California’s long-held right to go further, and Nevada’s right to do so as well. AEE is challenging these rollback efforts in two separate cases pending in the federal courts.

In Nevada, AEE joined the growing coalition of businesses, non-profits, and labor unions to commend the Governor for initiating the rulemaking to adopt the Standards, because we believe that this move cements Governor Sisolak’s legacy as a leader who is unafraid to embrace the energy and transportation transition that has already begun. The state is better off for his bold vision, and AEE and its members stand ready to help him achieve it.