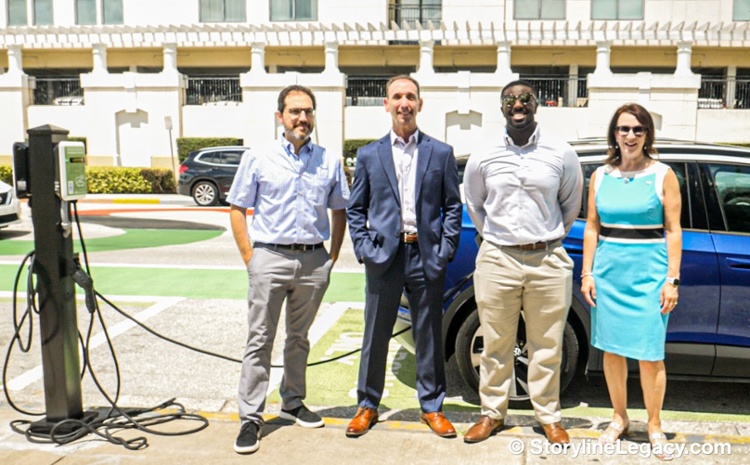 “It was awesome to join community advocates as we celebrated the growth of electric vehicle charging stations in Central Florida,” said Rep. Anna Eskamani (D-Orlando). “As more people transition to electric vehicles, it becomes even more important to provide convenient, universal, and reliable charging stations. It’s incredible to see the City of Orlando lead on these efforts and I’m excited to continue supporting EV expansion via the Florida Legislature, too!”

According to a recent report from AEE, the advanced energy industry employs more than 13,000 workers across Orange County and more than 153,000 Floridians statewide. The portion of that industry dedicated to advanced transportation in Florida – which includes hybrid, electric, natural gas, and fuel cell vehicles – provides 9,300 jobs alone. To further capitalize on this growing market, the city is now establishing an electric vehicle readiness code to help meet both current and future EV charging needs.

“The Orlando Utilities Commission is proud to partner with the City of Orlando to advance electric vehicle infrastructure. Together, we’ve made Orlando one of the top 10 most EV-ready cities in the nation,” said Ferrone. “OUC has installed over 300 electric vehicle charging stations around the city, and that number will continue to grow.”

OUC has also worked closely with the City of Orlando over the past 10 years to make the city a hub for vehicle electrification. NovaCHARGE recently teamed up with both entities to deploy 100 new charging stations in the area.

“Orlando is our company’s hometown, so we are particularly appreciative of the city for making electric vehicle charging infrastructure such a high priority,” said Rodriguez. “NovaCHARGE is thrilled to play a part in Orlando’s progress toward becoming the electric vehicle leader of the Southeast, and we hope cities across the state follow its example.”

Download 2021 advanced energy employment fact sheets on 14 states, including Florida, by clicking below.