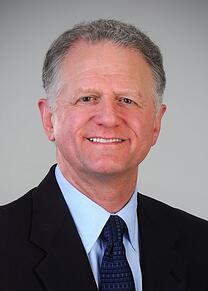 We just released our new Advanced Energy Now 2014 Market Report. It is a remarkable piece of work, produced for us by Navigant Research. It shows the market growth across all the segments and subsegments of what we define as advanced energy, in the United States and around the world.

From this wealth of data, here are two conclusions I take away: Business is booming, and policy makes a difference.

Advanced Energy Now 2014 shows that the global advanced energy market grew 7% last year, twice as fast as the world economy overall. That is a $1.1 trillion market opportunity available to U.S. companies and innovators. At nearly $170 billion, the U.S. advanced energy market already represents 15% of the global total – not counting the value of exports – and that is up from 11% in 2011.

These figures show that advanced energy is bigger by revenue than pharmaceuticals globally, and bigger than the airline industry in the U.S.

Advanced energy is big, and it’s on the move.

The U.S. advanced energy growth story is instructive. When looking at the vast bulk of advanced energy – everything but wind power – we see strong and steady growth over the past two years – 18% in 2012, 14% in 2013. That’s four times the growth rate of the economy as a whole.

In wind, however, we see a market distorted by inconsistent federal policy. Due to uncertainty over the federal Production Tax Credit (PTC), which was scheduled to expire at the end of 2012, we see a huge jump in revenue that year, to $25 billion from $12 billion the year before, as developers rushed to complete projects in order to qualify. With the fate of the PTC uncertain, revenue from wind development plunged in 2013, to just over $2 billion.

That is by no means the end of the story for wind. Congress did extend the PTC for one year, and allowed projects to qualify if they “commenced construction” by the end of 2013. As a result, there is now once again a strong pipeline of wind projects in the works – some 12 GW worth, almost as much wind capacity as was installed in 2012. Those projects will show revenue in 2014 and 2015 as they reach completion. But the PTC expired again, at the end of 2013, along with several other important advanced energy tax credits, for biofuels and certain efficiency investments.

This on-again, off-again tax regime is no way to provide certainty for investors or develop a resource for our country. That is why AEE is working with Congress to pass an extension of all the expired tax credits, while working toward a more stable and predictable energy tax system that can support advanced energy growth in the future.

This whipsaw of wind stands in contrast to the rest of advanced energy, which has enjoyed relative policy stability at the state and federal level over the past two years. That has helped advanced energy build momentum – and take off.

Take transportation. Higher fuel efficiency standards are driving automotive innovation, and customers are buying. Hybrid vehicles have become mainstream, with revenue jumping from $7 billion to $14 billion in two years, while revenue from plug-in vehicles multiplied from $707 million in 2011 to $3.6 billion in 2013. Meanwhile, sales of natural gas trucks and buses grew five-fold, from $102 million to $530 million, with interest building due to low-priced natural gas. Spurred by the federal Renewable Fuel Standard, the U.S. has become a world leader in biofuels, with revenue growth in advanced fuels of roughly 10% per year.

Falling prices and new financing models (from companies like AEE members Solar City and Sungevity) have made solar the biggest advanced energy electricity generation technology in 2013. At $16 billion in 2013, the U.S. is now the third biggest market for solar PV in the world, with sales booming not only in the desert southwest, but in states like North Carolina, New Jersey, and Massachusetts.

Advanced energy building products and services are saving property owners on energy costs, with the assistance of utility programs designed to meet state efficiency standards. Building envelope improvements, with products like those made by AEE member company Johns Manville, showed annual revenue growth of 11% and 12%. LEDs are transforming the lighting market while meeting federal standards. With grid regulators looking to manage peak demand, companies like AEE member EnerNOC are helping large electricity customers profit from demand response programs, which tripled in revenue over two years, to $2 billion in 2013.

Strong companies and strong policy accelerate advanced energy growth. This is a formula for economic prosperity. AEE is committed to working with our member companies and our state partners to keep it going.