Standby and Buyback Rates Can Hurt the Economics of Distributed Generation. New York Just Took Action to Fix That. 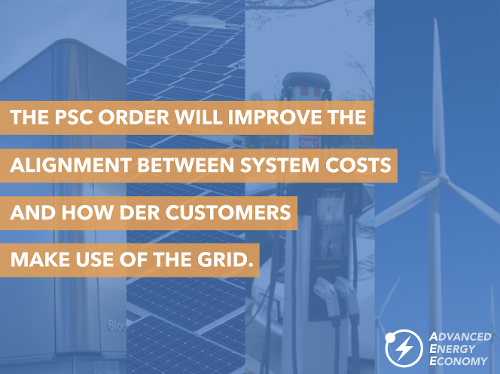 Rate designs for distributed energy resources (DERs) remains a hot topic. States are taking different approaches, but some are better than others. Some states are making adjustments (typically reductions) to flat kilowatt-hour rates, such as net metering and buy-back rates, or adding/raising fixed charges that often focus exclusively on utility revenue without looking at DER from a total value perspective. DER can impose costs on the system, but it can also provide value, both to the utility and more broadly to the public, and rates and compensation should take both into account. In its continuing effort to comprehensively assess the value of DER and design rates accordingly, New York recently made some landmark adjustments that should provide fairer treatment for customers that have significant distributed generation facilities, such as combined heat and power (CHP) systems. The improved rate is also available as an option for all customers, including residential customers without DG, and is likely to be a good choice for customers with electric vehicles and certain types of DER.

END_OF_DOCUMENT_TOKEN_TO_BE_REPLACED

The digital revolution, which has transformed so many other industries, is now taking hold in the electric power sector. This is happening at the same time as increasing deployment of distributed energy resources (DER), including energy efficiency, demand management, distributed generation, energy storage, and electric vehicles. New technologies, the use of “big data,” apps, and the “grid of things” are leading to a greater variety of services and interactions between utilities, customers and third parties (non-utility companies that offer energy products and services).

One way to slice and dice this increasingly complex marketplace is whether services are considered “basic” or “value-added.” This is the subject of a new report from Lawrence Berkeley National Lab, Value-Added Electricity Services: New Roles for Utilities and Third-Party Providers, in which AEE was the author of one of three perspectives on emerging roles for utilities and third parties in providing value-added services.

END_OF_DOCUMENT_TOKEN_TO_BE_REPLACED

If you’re a regular reader of Advanced Energy Perspectives then you know that we’ve written several times on New York’s groundbreaking Reforming the Energy Vision (REV) proceeding. We’ve also written about rate design and efforts around the country to address net energy metering (NEM). Some NEM reform efforts are better than others. In some cases, utilities have been seeking to raise fixed charges on NEM customers or to impose per-kW monthly demand fees, arguing that NEM customers are not paying their fair share of the costs of the grid. These charges reduce the attractiveness of onsite distributed generation (DG) by shifting utility revenue collection from volumetric charges (per kWh) to monthly charges that cannot be reduced with onsite generation. In our view, such approaches are overly focused on maintaining certainty of revenue for utilities, and as a result fail to adequately consider the value of DG to the grid, such as deferring or avoiding future investments in generation, transmission, and distribution assets.

New York, under its Reforming the Energy Vision (REV) process, is taking a different approach. In its recent order on the Value of Distributed Energy Resources (DER), New York’s Public Service Commission (PSC) put forth an innovative structure for valuing the benefits of electricity from DG that is exported to the grid (and which, under traditional NEM, would be credited at the retail rate). But the order also revealed some problematic features of New York’s treatment of onsite renewable energy generation and the value of its environmental attributes – features worth revisiting as the Value of DER proceeding continues.