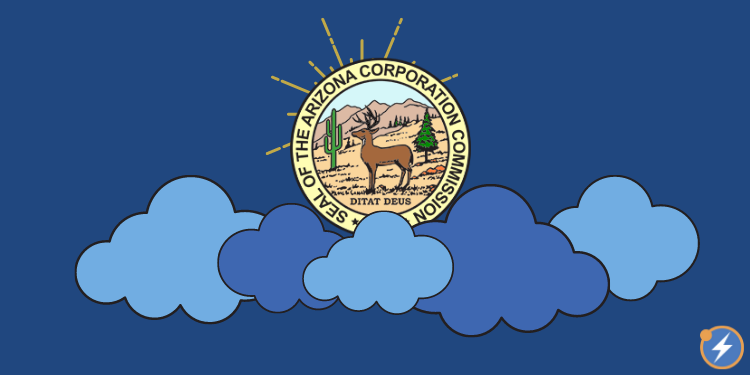 Over the past several years, the debate over the Energy Rules has demonstrated the complexities of energy regulation in Arizona, with the roles played by the ACC and the legislature in question. The balance of power between these two entities was at the forefront of the 2021 legislative session, where several bills were filed that challenged the constitutional authority of the commission to regulate energy generation sources in the state.

These fraught dynamics are not limited to fighting between both of these bodies, but within each of them as well. Arizona is one of 11 states that have elected public utility commissions overseeing rates and other activities of electricity, gas, and water providers. The elected nature of the ACC introduces partisan politics to the regulatory body, along with re-election considerations. Meanwhile, in the legislature, concern has been raised that the ACC is overstepping its authority by attempting to set broad energy policy outside of rate cases – but perspectives on this also vary widely among legislators. The tension both between and within these bodies has increased since advancement of the proposed rules in November and have come to a head since.

It was expected that the ACC’s May 6 open meeting would be pivotal for the proposed Energy Rules, although it is doubtful that many stakeholders anticipated the outcome. More than 15 proposed amendments to the rules were filed by various commissioners prior to the meeting, and it was expected that the presiding administrative law judge would also discuss the staff Recommended Order and Opinion (ROO) of the rules with the commissioners and give her opinion on whether the proposed amendments would be considered “substantive” – significant enough to restart the rulemaking process. Worried that some amendments could delay the rules or sink them entirely, stakeholders in support of the rules worked to get the commissioners to pass the rules without amendment. However, what happened during the 11-hour-long meeting surprised all those tracking the proceeding.

A critical moment in the marathon meeting came with the passage of Commissioner Olson’s Amendment No. 4, which changed the decarbonization mandates to unenforceable “goals.” Olson claimed that this would protect ratepayers from being forced to pay increased rates resulting from investment in new electric generation resources. (This, despite the fact that cleaner energy sources are now cheaper than other options, and even if decarbonization targets were mandated, the ACC would retain the authority to approve or deny any utility proposal to finance new generation through their rate base.) Utilities would be free to pursue these “goals” but would not be required to meet them.

Commissioners Kennedy and Tovar saw the goals proposed by the Olson amendment as an unacceptable alternative to the regulatory certainty offered by the ACC having authority to enforce decarbonization targets and hold utilities accountable for non-compliance. But, after the commissioners debated this amendment at length, Chairwoman Márquez Peterson, who had voted to advance the rules in November 2020, changed her position to favor the unenforceable goals.

Then, following adoption of the Olson amendment, Chairwoman Márquez Peterson brought the amended Energy Rules to a final vote – a vote that failed 3 to 2. Commissioners Kennedy and Tovar’s “nay” votes were not surprising, as they had already said that they could not support the change from mandates to goals. However, it was Commissioner Olson’s vote against the package that shocked stakeholders, and seemingly the Chairwoman as well. Even though he authored the amendment that removed any requirement that utilities adhere to the decarbonization schedule in the rules, Olson stated that he could not in good faith support “energy mandates” being imposed on ratepayers. Chairwoman Márquez Peterson expressed her surprise and disappointment at the failure of the rules to pass and the meeting was adjourned shortly  afterward.

The vote hardly put the matter to rest, however, as substantial coverage and commentary continued in local and industry news outlets, including an op-ed from the head of Conservatives for Responsible Stewardship expressing disappointment in the chairwoman’s switch. For her part, Chairwoman Márquez Peterson issued a press statement and video laying the blame for failure to approve the rules on the two Democratic commissioners, rather than the amendment that changed the mandates to “goals.” The Chairwoman claimed that such an amendment was necessary to prevent the energy rules from granting “utilities a blank check” at the expense of Arizona ratepayers, but this ignored a key additional aspect of the energy rules: the overhaul of the integrated resource planning (IRP) process. Currently, utilities are required to submit their IRP documents to the commission, who can approve or disapprove of their planning, but do not have any authority to enforce changes if they disagree with their resource portfolio. Changes made to the IRP process under the proposed rules would give the ACC more oversight and authority over the approval of additional utility electric generation resources.

About a week after the defeat of the energy rules, several commissioners filed letters in the docket to propose reconsideration of the rules. Commissioner Kennedy requested that reconsideration of the original Recommended Order and Opinion (ROO) — the unamended “rules” not “goals” — be placed on the agenda for the May 26 Contingency Meeting. Chairwoman Márquez Peterson also filed a letter asking commissioners to respond if they were willing to again discuss the energy rules and make possible compromises. Commissioners Kennedy, Tovar, and O’Connor all complied with the request, filing letters in the docket expressing interest in rediscussing the original rules. The Energy Rules were back on the agenda.

In the week leading up to the meeting, unlikely alliances began to form among commissioners, as seen through proposed bipartisan amendments in the docket. Commissioners Tovar and O’Connor proposed four joint amendments, which presented slight alterations to amendments previously discussed at the Open Meeting on May 6. Commissioner Kennedy and Chairwoman Márquez Peterson each also proposed several amendments of their own. While Commissioner Olson remained silent in the docket, it was clear that most of the commissioners were intent on finding a way to resurrect the rules.

The Contingency Meeting proved to be closer to a sprint than a marathon, in comparison to the May Open Meeting. When the dust settled, several key amendments were made to the rules. The most meaningful of these, Tovar & O’Connor Amendment No. 2, maintained enforceable standards for decarbonization but extended the deadline to achieve 100% out to 2070. Ultimately, this change enabled a bipartisan group of commissioners to vote the rules forward, as the amended rules package passed with the support of Commissioners Tovar, O’Connor, and Kennedy.

The rules now contain requirements for investor-owned utilities to meet carbon standards by the following dates:

The rules also contain reporting requirements for Clean Energy Implementation Plans and future IRPs that analyze the cost of resource portfolio compliance. Utilities must include two resource portfolios that analyze the cost of compliance for meeting the carbon emissions standards. They must also include at least one IRP portfolio that examines the least-cost portfolio without regard to carbon emissions standards. One scenario must also include “lowest total cost,” in which certain externalities are also included.

The last two key elements of the amended package deal with energy efficiency and demand-side management programs. Another amendment from Tovar and O’Connor requires a ratepayer impact test (RIM) to be applied for utility energy efficiency investments. Utilities would not be permitted cost recovery in circumstances where energy efficiency investments do not meet the lowest lifetime cost of meeting customer energy needs. Another adopted amendment from Chairwoman Márquez Peterson permits gas and electric utilities to recover the cost of demand-side management programs.

In this way, the Arizona clean energy rules have gotten back on the rails, but the track ahead is anything but straight. The action taken at the Contingency Meeting restarted the clock for the required administrative procedures to approve the rules, including a new public comment period, oral proceeding, revised economic impact statement, and new recommended order and opinion, leading up to a final commission vote. Public comments on the new rules will run from early July to the end of August, with the final vote in early October. If the commissioners choose to codify the rules, they must also anticipate renewed scrutiny from the state legislature.

While the regulatory path may be bumpy, market forces have moved in favor of renewables and distributed energy resources, like battery storage and smart meters. Corporate sustainability measures have also encouraged adoption of renewables through power purchase agreements. With other southwestern states adopting clean energy standards, Arizona needs to buy a ticket or get left behind at the station.

For the latest advanced energy employment data in Arizona and 13 other states, click below. Maps of advanced energy jobs county by county are also available for these states.