The news that DOE’s review of “critical issues” in the electric power system, which was expected the last week of June, would not be completed until July means that the Department – and Energy Secretary Rick Perry – would have at least one more week to consider the latest document submitted to inform the review. That would be the report produced by Analysis Group, and commissioned by AEE and AWEA, entitled Electricity Markets, Reliability, and the Evolving U.S. Power System. Its conclusion could not be more clear: “Recently, some have raised concerns that current electric market conditions may be undermining the financial viability of certain conventional power plant technologies (like existing coal and nuclear units) and thus jeopardizing electric system reliability. In addition, some point to federal and state policies supporting renewable energy as a primary cause of such impacts. The evidence does not support this view.”

The independent assessment by this leading consulting firm is the latest in a series of reports from AEE and other industry groups intended to steer DOE clear of misconceptions about our fast-changing power grid – and it is the most authoritative. Overall, the takeaway from Analysis Group’s report is consistent with prior submissions: It is the low price of natural gas, not state and federal policies supporting renewable energy, that is responsible for market pressures causing coal and nuclear power plants to retire, and the shift in resources is doing nothing to make the electric power system less reliable.

But Analysis Group goes one step further, saying that the changeover in generating resources is the expected result of market competition, which ultimately benefits consumers: “The retirement of aging resources is a natural element of efficient and competitive market forces, and where markets are performing well, these retirements mainly represent the efficient exit of uncompetitive assets, resulting in long-run consumer benefits.”

“The transformation now under way in the electric power system is driven primarily by market forces,” said Susan Tierney, senior advisor, Analysis Group, and one of the authors, along with Analysis Group Principal Paul Hibbard, commenting on release of the report. “Low natural gas prices, technology changes, and flat demand for electricity have been putting financial pressure on and leading to the retirement of older, less economic power plants. This is a natural consequence of market competition. The result is a more diverse set of energy resources on the grid that is being capably managed in a way that provides reliable electric power.”

AEE and AWEA commissioned the independent report by Analysis Group to answer questions posed by Secretary Perry in his April 14 memo directing DOE to produce, in 60 days, a review of “critical issues central to protecting the long-term reliability of the electric grid.” In the memo, Perry expressed concerns about the “erosion of critical baseload resources” due to “regulatory burdens introduced by previous administrations that were designed to decrease coal-fired power generation” as well as “market-distorting effects of federal subsidies that boost one form of energy at the expense of others.” He directed DOE specifically to examine “the extent to which continued regulatory burdens, as well as mandates and tax and subsidy policies, are responsible for forcing the premature retirement of baseload power plants.” 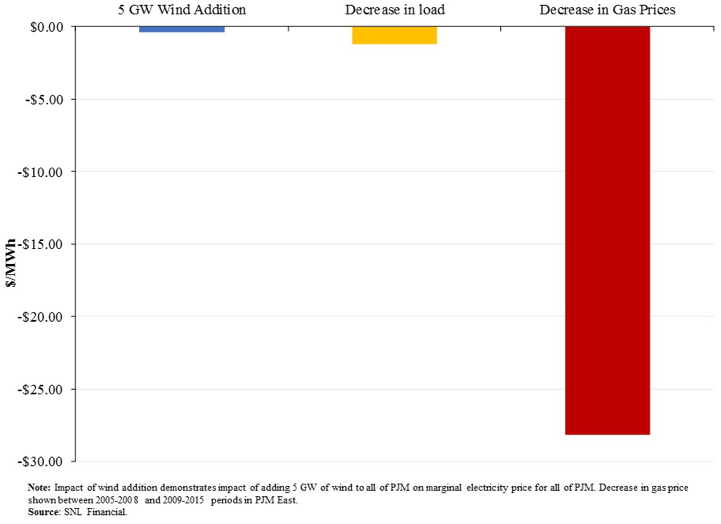 “The electricity system in the United States is stronger than it's ever been,” said AEE CEO Graham Richard, commenting on release of the report. “Thanks to innovation and smart policy, we have a more diverse fuel mix, a more reliable grid, and lower electricity costs. The Analysis Group report highlights how advanced energy technologies are helping to modernize the grid and how grid operators are well equipped to manage this market change. As DOE finalizes its report on reliability, we hope the Department will incorporate these key findings, which reflect the true state of the grid.”