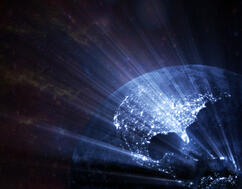 The confirmation logjam has broken. The Senate reached a deal on Tuesday to overcome resistance to votes on certain Cabinet nominees, clearing the way for a vote on Gina McCarthy’s nomination for EPA Administrator. The timing of her actual confirmation remained unclear, however, with Majority Leader Harry Reid (D-NV) telling reporters to expect a vote “hopefully this week.” Despite filibuster threats from several Republican lawmakers, both sides of the aisle have praised McCarthy for her bipartisanship, having worked for two Republican governors before running the EPA’s air division in the Obama Administration.

On June 25, Penny Pritzker was confirmed 97-1 to serve as Secretary of Commerce. Two days later, the Senate approved Anthony Foxx to serve as Transportation Secretary, Allison Macfarlane as Nuclear Regulatory Commission Chairman, and Howard Shelanski as Administrator of the Office of Information and Regulatory Affairs, the division of the Office of Management and Budget responsible for reviewing new federal regulations. President Obama also announced the nomination of Ronald Binz as Chairman of the Federal Energy Regulatory Commission; a vote has not been scheduled for his Senate confirmation. See AEE CEO Graham Richard’s statement praising the Binz nomination here.

The federal budget battle is starting to heat up. Appropriations Committees in both chambers of Congress have been considering Energy and Water funding bills for Fiscal Year 2014. Last Wednesday, the House approved H.R. 2609, a $30.4 billion package, the bulk of which ($24.6 billion) goes to the Department of Energy (DOE). Upon passage of the House bill, the White House released a statement strongly opposing its cuts to DOE’s ARPA-E program, the National Nuclear Safety Administration, Office of Science, and renewable energy spending, as well as funding for the proposed Yucca Mountain nuclear waste repository. The $34.8 billion Senate version appropriates $28.2 billion to DOE but has yet to see a full vote in the Senate, after clearing an Appropriations subcommittee vote before the July 4th recess.

The House bill merges the Office of Energy Efficiency and Renewable Energy with the Office of Electricity Delivery and Reliability and funds the combined office with $983 million. In comparison, the Senate version provides $2.3 billion and $149 million to the offices, respectively. Several riders were sources of contention, including an amendment by Reps. Rodney Alexander (R-LA) and Tim Ryan (D-OH) urging action on LNG export terminals, which was approved by a voice vote. A proposed amendment from Rep. Debbie Wasserman-Shultz (D-FL) to increase funding for renewable energy and reliability projects from $982 million to $2.8 billion failed, as did an amendment to restore ARPA-E funding offered by Rep. Adam Schiff (D-CA).

The Senate also appears prepared to consider the Energy Savings and Industrial Competitiveness Act of 2013 (commonly referred as the Shaheen-Portman Bill) before its August recess. The bill is aimed at promoting state-level energy efficiency programs, modernizing building codes, and trimming public sector energy consumption, and has broad bipartisan support. Concern remains around a forthcoming package of amendments, which is how a similar version of the bill was held up last session, though Majority Leader Reid is working to keep divisive issues like the Keystone XL pipeline out of the package.

Meanwhile, Finance Chairman Max Baucus (D-MT) and Ranking Member Orrin Hatch (R-UT) sent a letter to all Senators detailing their process for tax code reform, including energy tax reform.  In the letter they outline a “blank slate” approach where all of the current incentives, deductions, credits and other preferences are omitted unless specifically requested as part of the new effort.  The deadline for Senators to submit their proposals is July 26. We know from discussions with Senate staff that they plan to work over the August recess shaping a legislative proposal for a Finance Committee vote this fall.

To get the latest advanced energy updates directly in your inbox every week, subscribe to AEE weekly below!