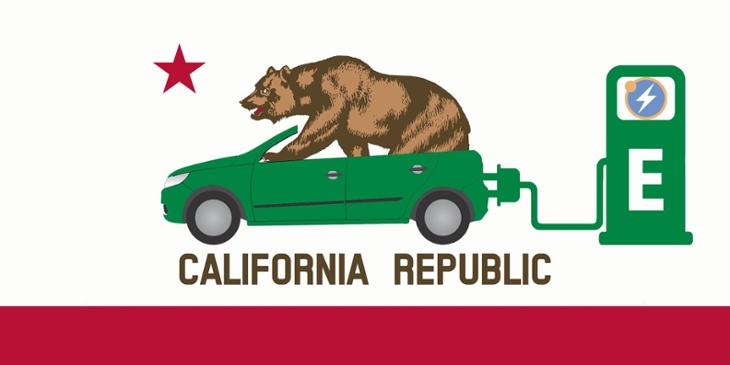 With numerous strokes of a pen weekend before last, Gov. Newsom decided the fate of the final batch of bills before him and closed out this year’s legislative cycle in California. Among those the Governor signed into law were all but one of the bills AEE actively worked on and shepherded through the Legislature this year. In all, it was a big year for promoting electric vehicles of all shapes and sizes. But there is more to come in advanced transportation and other advanced energy issues when lawmakers reconvene in January for the second year of the legislative session.

All the bills AEE prioritized for support this year had to do with advanced transportation, a result of legislators’ appetite for California to lead in this space. To address the funding and coordination challenges facing the state’s transportation programs, AEE supported Senate Bill 44 to mobilize a comprehensive strategy for scaling clean medium- and heavy-duty electric vehicle (EV) fleets and innovative technologies. The Governor signed this bill in tandem with an Executive Order that seeks to refocus the state’s transportation investments on a holistic strategy aligned with California’s climate and energy objectives. More to come, as we look for the Governor to go bold on electrifying transportation, as his Executive Order signals.

Another AEE-supported bill, Assembly Bill 784, incentivizes local governments to purchase zero-emission buses at an accelerated pace by providing a time-limited sales tax exemption, in order for them to meet the state’s Innovative Clean Transit mandate. The bill’s passage was far from assured, but ultimately the bill prevailed with a near-unanimous vote in both Houses. Senate Bill 676, another important and timely bill – especially in light of all-but-inevitable cost hikes for ratepayers as the state addresses wildfire risk associated with utility infrastructure – won broad support for its commonsense approach to integrating smart charging of electric vehicles with the needs of the grid and all customers (EV-owning or not) by utilizing vehicle-to-grid (VGI) technology. Then there was Assembly Bill 1100, improving local permitting for EV charging, which sailed through policy and fiscal committees without opposition, giving it a smooth path to bi-partisan support on the Senate Floor.

This session wasn’t without its setbacks. A couple of AEE-supported bills were left on the chopping block this session – including Senate Bill 59 (creating an advisory committee on autonomous vehicle technology) and Senate Bill 216 (expanding state funding for a used heavy-duty truck exchange), both of which passed the Senate but did not get a vote in the Assembly – due to  high price tags. Assembly Bill 1046, which would have directed the Department of Finance and the California Air Resources Board to identify sustainable funding for the Clean Vehicle Rebate Program (CVRP) was held in the Senate Appropriations Committee, although we expect the conversation to continue in the regulatory arena.

Finally, despite unanimous votes in both Houses, Assembly Bill 684 did not secure the Governor’s signature, making it the only AEE-supported bill vetoed by Gov. Newsom. This bill would have prompted updates to building code for existing multi-family housing and non-residential developments to promote EV-readiness. Citing potential unintended fiscal complications for affordable housing, the Governor opted for stronger executive direction, using his veto message to task the Department of Housing and Community Development with revising the building standard for EV charging.

There was one non-advanced transportation bill that AEE played defense on, with good results. Senate Bill 524 proposed strict workforce requirements for large energy efficiency projects, with the inadvertent consequence of making it even more difficult for such projects to pass the California Public Utility Commission’s (CPUC) compulsory cost-effectiveness test. AEE, in collaboration with the energy efficiency and demand management industry and large energy users, sought amendments that would not bring energy efficiency projects to a standstill, thereby jeopardizing the state’s ability to meet its SB 350 goal of doubling energy efficiency savings by 2030. After conversations, the bill’s legislative author decided to table the bill and agreed to work with stakeholders to address outstanding concerns next year.

As often happens, several provocative bills cropped up at the tail end of session. Senate Bill 597, which was filed to begin a conversation on pumped storage, was gutted and amended to direct the CPUC to initiate a procurement solicitation for a pumped hydro storage project in Southern California. Similarly amended to advance a different intent, Assembly Bill 40 – previously banning new internal combustion engine (ICE) vehicle sales –  took on new language reserving California’s rebate incentives for automakers that have signed onto the emissions framework being negotiated by CARB and the Newsom Administration in response to a pending federal rollback. This bill would also, notably, eliminate plug-in hybrid vehicles from rebate eligibility and codify the state’s goal of 5 million zero-emission vehicles by 2030. With no expectation of moving forward this year, these bills are set to jumpstart stakeholder dialogue leading up to next legislative session.

In another case of living to fight another day, the Senate Energy Committee made waves in late August by voting to reconsider Assembly Bill 56, a contentious piece of legislation that would create a backstop central procurement entity for clean energy. The bill had stalled in committee after a number of legislators expressed concerns about jumping the gun on regulatory procurement processes already underway. The bill did not see any further action after its momentary resurrection, but the topic will surely resurface in 2020.

Finally, this legislative session saw a partial resolution of the wildfire deliberations dominating legislative conversations for two years running. As covered in a previous blog post, lawmakers reached some consensus on a wildfire response strategy by passing Assembly Bill 1054  prior to the Summer Recess. The tail end of session saw an attempt to pass another piece of wildfire-related legislation, Assembly Bill 235, in an attempt to resolve remaining issues of cost responsibility. The bill would have allowed utilities such as Pacific Gas & Electric (PG&E) to borrow $20 billion, through bond finance, to pay off past wildfire claims and exit bankruptcy. Due to limited appetite among legislators to jam through another big piece of legislation on wildfire liability, the bill did not secure the rule waiver it needed to advance.

Complicating things further, PG&E raised the ire of policymakers (and the public at large) with two mass emergency power shut offs to curtail the wildfire risk from high winds. PG&E cut power to nearly 800,000 customers across its service territory on October 9 and October 13, leaving households, businesses, and other facilities in the dark (literally) for days at a time. Gov. Newsom publicly rebuked PG&E for mismanagement of the emergency shut downs. Additionally, the Governor sent a letter to new PG&E CEO Bill Johnson demanding the utility issue an automatic rebate to impacted customers. The Governor further ordered the CPUC to step up its scrutiny of PG&E’s wildfire mitigation strategies and safety-related distribution infrastructure investments. We expect related legislation to follow in 2020. In the meantime, there is active discussion in the energy community about microgrids as a way to keep the lights on when weather poses a threat to aging poles and wires.

So ends the first year of this two-year legislative cycle, the first on Gov. Newsom’s watch. A lot was accomplished and the advanced energy community can take satisfaction in a positive scorecard. That said, the Legislature will return next year with some tough nuts to crack among the issues sidelined in 2019.

California is home to 543,800 jobs supported by advanced energy – more than hospitals, double those in supermarkets and grocery stores. Check out AEE's California Employment Fact Sheet by clicking below.